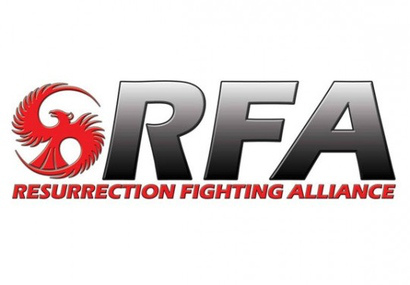 New Mexico has become a hotspot destination for several MMA promotions over the last couple of years and now the “505” will host yet another premier MMA show. The Resurrection Fight Alliance (RFA) promotion is a fast-rising show that started promoting MMA events in December of 2011 and have since put on nearly shows. They will bring their popular show to Albuquerque, New Mexico on September 12th for an event to be held inside the Albuquerque Convention Center and no punches were pulled when they put together the fight card.

The Las Vegas, Nevada based promotion started their run with three fights in Nebraska before expanding to Las Vegas, Nevada and Kansas City, Missouri. They would continue their expansion with shows in Broomfield, Colorado and Los Angeles, California. Now with seven states in the books, RFA 18 will add New Mexico as their eighth destination state.

Ed Soares, who many will recall is the manager of such MMA stars as Anderson Silva, Lyoto Machida and Jose Aldo, is the owner of the RFA promotion. Soares is reputable for being business savvy as he was the owner of the famous MMA clothing brand “Sinister” as well as the co-founder of the Black House MMA gym which is home to dozens of elite fighters including the aforementioned Silva, Machida, and Aldo. RFA’s Chief Operating Officer is Sven Bean, the former promoter of the successful Ring of Fire promotion. During the process of bringing RFA to Albuquerque, the promotion teamed up with locals Tom Vaughn and Jon Judy, who served as local co-promoters and aided in the process of putting a show together in Albuquerque.

RFA has been home to some very elite level talent and has produced several UFC fighters including Sergio Pettis, Zach Makovsky, Kevin Casey, Tim Elliot and upcoming Ultimate Fighter contestant Justine Kish. The show has also featured UFC veterans Gilbert Yvel, Joe Stevenson and Tyson Griffin. It goes without saying that the RFA promotion is an outlet for top caliber fighters both on the way to the UFC or looking to rebound after leaving the UFC. Quietly, the RFA has arguably become a legitimate developmental league for the UFC.

That is why when the September 12th card was revealed, it came as little surprise that the event would feature so many tremendous match-ups and notable fighters.

The main event will feature RFA Flyweight Champion Matt Manzanares of Cheyenne, Wyoming who will be defending his title for the first time since capturing the gold this past April . Manzanares (7-2) is a top prospect in the 125-pound weight class and one of RFA’s top fighters on the cusp of the big show. His opponent will definitely bring buzz to the event as Manzanares will meet up with Jackson-Winkeljohn’s Joby Sanchez (6-0) fresh off the biggest win of his career just last night where he’d TKO veteran Antonio Banuelos for the Tachi Palace promotion.

The co-main event will feature Tucumcari’s Abel “The Silent Assassin” Cullum who will end a long hiatus from competitive action to take on the former Tachi Palace Champion and two-fight UFC veteran Ulysses Gomez in a Bantamweight tilt. Cullum is a former King of the Cage Champion and one of the best stories in New Mexico MMA history. Hailing from the small town of Tucumcari, Cullum has to be considered a local legend for training with limited resources alongside his father during a successful run that included capturing the King of the Cage title and defending it four times; Cullum fought for the KOTC title an impressive seven times. Outside of King of the Cage, Cullum fought for the EliteXC Title and was part of the DREAM Featherweight Grand Prix in Japan on two occasions.

Cullum has not fought since September of 2011 after his all-out war with the Japanese submission legend Masakazu Imanari. The return of Cullum marks the return of the Cullum Fighting Systems which is the mixed martial arts system that current UFC standout and local fighter Ray Borg began his career learning. At only 27-years old, Cullum definitely has age on his side to make another run at it being that an athlete’s typical physical prime doesn’t come until the late 20’s or early 30’s. Cullum has been part of the recent training camps of the aforementioned Ray Borg and has now spent significant training time at the FIT NHB gym.

Gomez, a UFC veteran of two fights is looking to rebound from the first two-fight losing streak of his career. The talented grappler has stepped into the cage with UFC contenders John Moraga and Phil Harris. A win for Gomez will go a long ways towards a second UFC opportunity. Standing in his way is a very talented grappler in Cullum, who comes into the fight as tough as they come and with an incredibly high fighter IQ.

Also scheduled for RFA 18 is the WMMA return of FIT NHB’s Brenda Gonzales (4-1)  who will be looking to make her cage return after an MMA injury in mid-2013 that kept her from active competition (who is also scheduled for a professional boxing bout next week). The 135-pound fighter will look to rebound from a loss to newly signed UFC fighter Rin Nikai and find the same success she had in 2012 when she captured the King of the Cage Title. “Boom Boom” does not yet have a confirmed opponent.

Rio Rancho fighter and fan favorite Adrian “Killa” Cruz (5-1-1) will make his RFA debut on the card against a very game opponent in Joey Miolla of Arizona’s Power MMA. Representing Judgement MMA, Cruz is arguably one of the most popular mixed martial artists in New Mexico and the 135-pound bantamweight will look to get back to his winning ways after his last fight in April went to a draw against Ultimate Fighter competitor Henry Briones.

“Timbo Slice” Tim Sosa (1-2) is expected to be on the professional undercard fresh off a victory in Las Cruces, New Mexico for the King of the Cage promotion and he will take on the experienced regional brawler Ron White (5-7) of Belen, NM. The FIT NHB fighter will join new teammate Evan DeLong (13-7) on the fight card; DeLong is slated to fight Mehdi Bagdad. The Los Angeles based Bagdad is a former Muay Thai Champion.

“Chidi Bang Bang” Chidi Njokuani (brother of Anthony Njokuani) will also be in action and the 25-year old is inching closer and closer to the ranks of the UFC at 10-4. Njoakuani will have a difficult task ahead at RFA 18 when he faces off with Denver, Colorado’s Steve Hanna. The Durango Martial Arts representative Hanna will be stepping up in competition to take on Njoakuani and the winner of the bout undoubtedly climbs the ranks quickly in the RFA stable of fighters.

The fight card is expected to feature eight professional and four amateur bouts. Amongst the amateur bouts, fan favorite Jess Martinez (3-0) is expected to be in action. The grappling standout and wrestling powerhouse has a huge fan following and will be a welcome addition to the RFA fight card. Representing the Santa Fe BJJ Academy, Martinez is one of the brightest young athletes in New Mexico and his last amateur fight under the King of the Cage banner blew the roof off of the Crowne Plaza Hotel ballroom.

The opponent for Martinez will be Bronson Mitchell (1-1) of Gallup, the two competitors have nearly crossed paths before as they both recently found success at the UFC Fan Expo Grappling tournament and are two of the most successful grapplers from the Southwestern region.

Amongst the other notable amateurs expected to be on the card, Colorado’s grappling standout Nicco Montano (3-0) will look to continue her success in the amateur WMMA ranks against Gallup’s Allison Price (0-0).  Grants, New Mexico will also be represented as J5 MMA’s Anthony Devargas (7-3) is also  expected to be in action on September 12th.

RFA 18 will feature three of New Mexico’s premier and most popular MMA gyms as FIT NHB, Judgement MMA and Jackson’s MMA will also send fighters to represent their respective gyms in MMA action. Cullum and Gonzales will be returning to action in their home state of New Mexico and phenomenal young talents of Job Sanchez will be on display in his first ever professional title fight; this is one event the local fans will not want to miss!

Tickets for the event go on sale on August 12th on www.holdmyticket.com with general admission seats starting at $35. The venue will also accommodate VIP tables. The fight card will be televised live on AXS TV. Stay tuned to Southwest Fight News and the RFA (http://www.rfafighting.com/) website for more news and announcements.