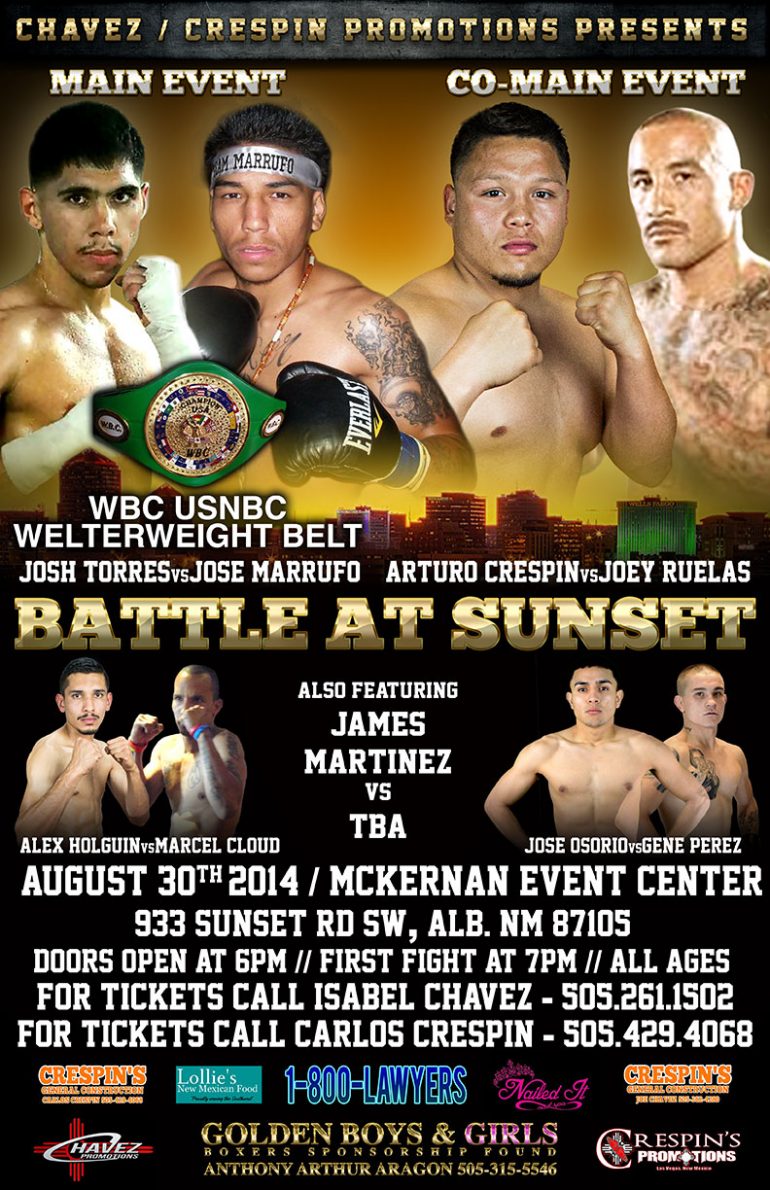 For Torres (13-3-1, 6KOs), this marks the second time he has received the opportunity to

challenge for a minor WBC belt, the last coming in November 2013 against Dusty Hernandez-Harrison for WBC Youth Silver welterweight title at the Madison Square Garden Theater.

The bout will be a large leap in competition for Marrufo (4-2-1) who after starting his career 0-2-1 has won his last four fights, against 7-16-3 competition.

Despite having a unevenly matched main event, a very competitive middleweight match-up in the co-main event has been scheduled as the tough Arturo Crespin (11-3-1, 4KOs) will face the grimy and talented Joey Ruelas (8-1-1, 3KOs).

Crespin will be making his 2014 debut on this card and will be looking to make his win streak two straight.

Ruelas, who according to a source, secretly battled strep throat during his last training camp in the lead up to his first loss in July, if not already, should be known by New Mexicans. In 2003, Ruelas handed Siju Shabazz, considered one of the greatest amateur boxers of all-time from New Mexico, his first professional loss last September.