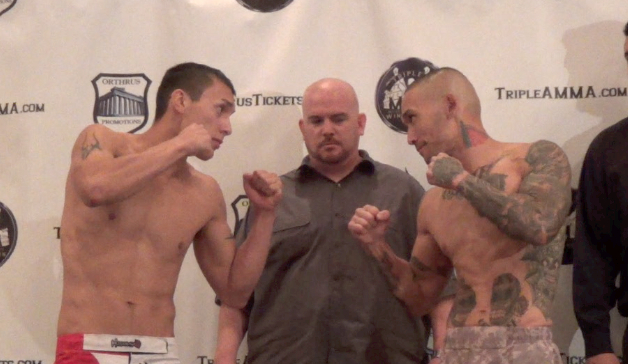 The main event’s Conrad Padilla and Isaiah Reyes both weighed in at an identical 144.8. This solid bout pits two featherweights from the two best gyms in Albuquerque, Jackson’s MMA (Padilla) and FIT NHB (Reyes).

The A total of four fights were made official while three fighters were left without opponents. No update on if the opponentless fighters were officially matched up.

*Not present at official weigh-in.