Report: DA Will Not File Charges Against Joseph Torrez 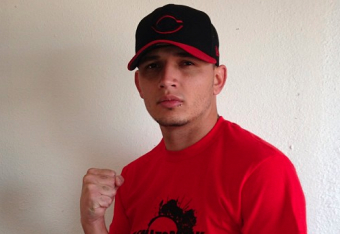 The elder Garces would be pronounced dead at the scene reportedly from injuries suffered from blunt force trauma and stab wounds.

In a statement on Thursday, the DA’s Office said it agrees with the Doña Ana County Sheriff’s Office report that there is not enough evidence to prove beyond a reasonable doubt that Torrez killed Sal Garces without legal justification.

Torrez took to Facebook earlier today to confirm the news and to thank family, friends and fans for their support:

First I’d like to thank god for giving me the strength to go threw this!!!! Finally almost 8 long stressful months I’ve been CLEARED!!!! second I wanna thank all my family, friends and supporters for believing in me and supporting me while I was going through this!!!! One person i would love to thank and i give him and his office all my heart and support is Cj McElhinney without him and his office id be lost thank you so much!!!!THANK GOD GOD BLESS EVERYONE!!!!!

Click HERE to view the full report from KVIA.

Mikey Lovato Retires After TKO Loss To Gene Perez, Combat Xtreme In Belen Features Only Three Fights Amidst A Weekend Of Oddities