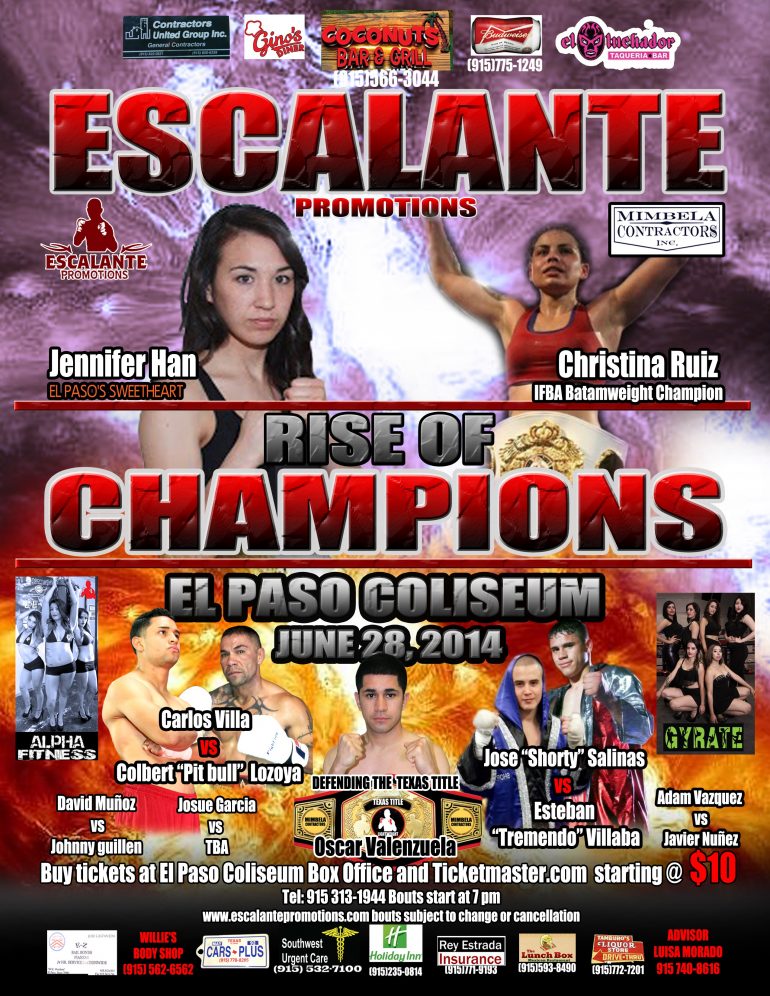 A brutally honest press release today from Escalante Promotions reported that Kimberly Colbert was forced out of this Saturday’s fight against El Paso’s Jennifer Han at the El Paso County Coliseum. Colbert, according to the release, was arrested in violation of her probation. Taking Colbert’s place in the eight round bout is current IFBA Bantamweight champion Christina Ruiz.

Han (10-3-1, 1KO) is coming off a controversial majority decision loss to Ji-Hye Woo for the IFBA Featherweight Title three months ago, in Woo’s home country of South Korea.

In the co-main event of the evening, scheduled for eight rounds, Lightweight Texas Champion Oscar Valenzuela (6-0-1) will defend his title and look to stay perfect against Albuquerque’s Brian Garcia (7-21).

Also on the bill is Jose “Shorty” Salinas (4-1, 3KOs) a Las Cruces favorite vs. young and tough Esteban Villalba (6-7-2) From Juárez, México.

Tickets for this “Rise of Champions” Escalate Promotions card have been reasonably priced at $10-$30 and can be purchased at Ticketmaster.com by clicking here.