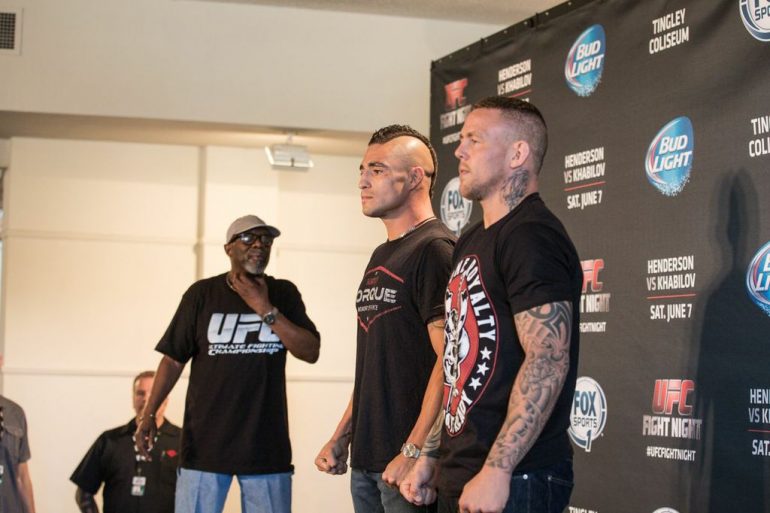 At today’s Media Day, held two days ahead of the UFC’s debut in Albuquerque, New Mexico, lightweight Ross Pearson (17-6) was shocked to know that he has supporters in the city.

On Saturday night, Pearson will be facing the man to put Albuquerque mixed martial arts on the map when he takes on Albuquerque legend, Diego Sanchez in a vital lightweight fight for both men.

The 11-bout UFC Fight Night: Henderson vs. Khabilov card will take place Saturday at the Tingley Coliseum. Tickets are still available and can be purchased on TicketMaster.com.

Diego Sanchez is as ‘Burque’ as it Gets