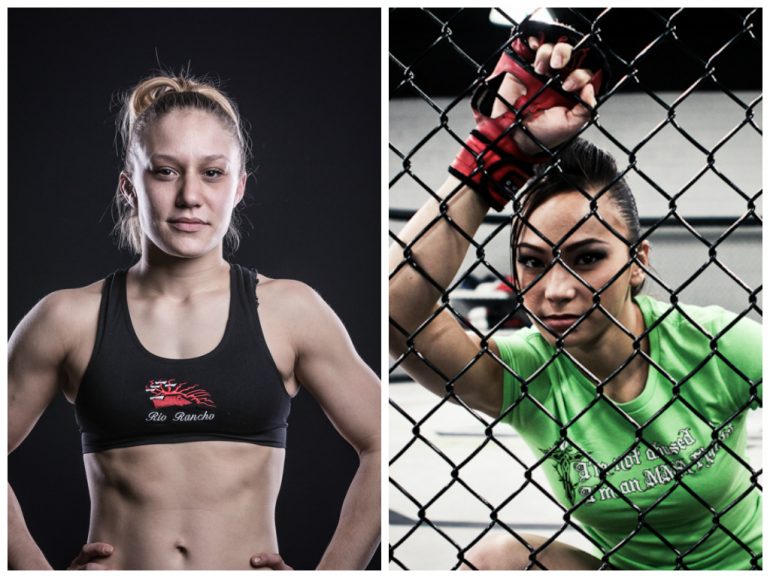 Somehow this bit of news has flown beneath the radar for over a month as it had been reported and mentioned by Sherdog’s Greg Savage that the popular all-women MMA promotion Invicta FC will be transitioned into the UFC as part of the UFC network also known as Fight Pass. Fight Pass is a way to get 24/7 MMA for $9.99 per month and includes the ability to watch “The Ultimate Fighter” reality shows, live undercard fights, and access to a fight library where viewers can watch full events, individual fights and covers a range of promotions aside from the UFC that includes Pride, WEC, Strikeforce and EliteXC. Now, Invicta FC will be another reason why Fight Pass is an absolute must for fight fans.

“You got Invicta coming on Fight Pass soon, I don’t know if that’s out there but that’s pretty much what’s going down. I don’t know exactly when it’s going to air. It seems like they are looking for some other regional promotions to maybe populate Fight Pass to get people interested. Invicta from what I understand, allegedly, will be on the Fight Pass Network So you have more women fights coming to UFC programming.”

Invicta FC has been on a lengthy hiatus despite going through spurts where they are making waves in the news. It seems as if New Mexico has been front and center in most of the buzz-worthy articles involving Invicta FC including the announcing of several new fighters of which includes FIT NHB’s Amber Brown and the announcing of Jackson-Winkeljohn’s Julie Kedzie being given the duties of Invicta FC matchmaker.

It has been six months since the last Invicta FC show which was held in early December of 2013 but it has been even longer for Jackson-Winkeljohn’s Michelle “The Karate Hottie” Waterson as she has been out of action since April of 2013.  Waterson is the current Atomweight (105-pound) Champion and stands as the most accomplished woman mixed martial artist to ever call New Mexico her home.

If the news is true, Waterson and Brown will join fellow New Mexico trained fighters Emily Kagan, Jodie Esquibel, and Norma Rueda Center as Invicta FC fighters who will be calling the UFC Fight Pass their new home. The inclusion is one that has been a long time coming as Albuquerque has been home to several elite level women fighters.

Another interesting side story is the possibility of Brown and Waterson actually crossing paths. Now that Invicta FC is on the path to more frequent fight cards, the likelihood that the two 105-pounders cross paths increases. Of course before this could ever be a reality, Brown would have to rack up some wins over some of Invicta FC’s talented Atomweights but the potential match-up could definitely generate some serious buzz in our region.

In a bit of news that may solidify Greg Savage’s revealing statement, Wombat Sports released an “Open Letter” regarding the future of Invicta FC. In an excerpt from that letter, Invicta President Shannon Knapp talks with Wombat Sports of an imminent deal and announcement coming shortly:

“The purpose of Invicta has always been to have a platform for WMMA and Knapp wants a solid one. Any short term deal isn’t going to cut it. That’s why the deal took so long. There may have been some hurdles in the short term, but Knapp is looking to the long term of the promotion.

Right now it’s about the network working out some details before an announcement can be made; which should happen sooner rather than later.”

Until the official announcement is made, it is important to note that details found within this article are not confirmed by Invicta FC or the UFC.

Another interesting aspect of the “Open Letter” was the announcement of the next fight for “Cyborg” Justino which will be against Ediane Gomes which likely will be the main event for the first Invicta FC fight card on the UFC Fight Pass. This news is notable because Justino has been discussed as a possible future opponent for Albuquerque’s Holly Holm. After her win this past April, Holm had been in talks to headline a PPV show with Justino as a potential opponent. It seems as if Justino will instead take another route, a possible fight for the UFC network which could be a huge step towards the much anticipated fight between Justino and UFC Champion Ronda Rousey.

Stay tuned for more details as they become available!