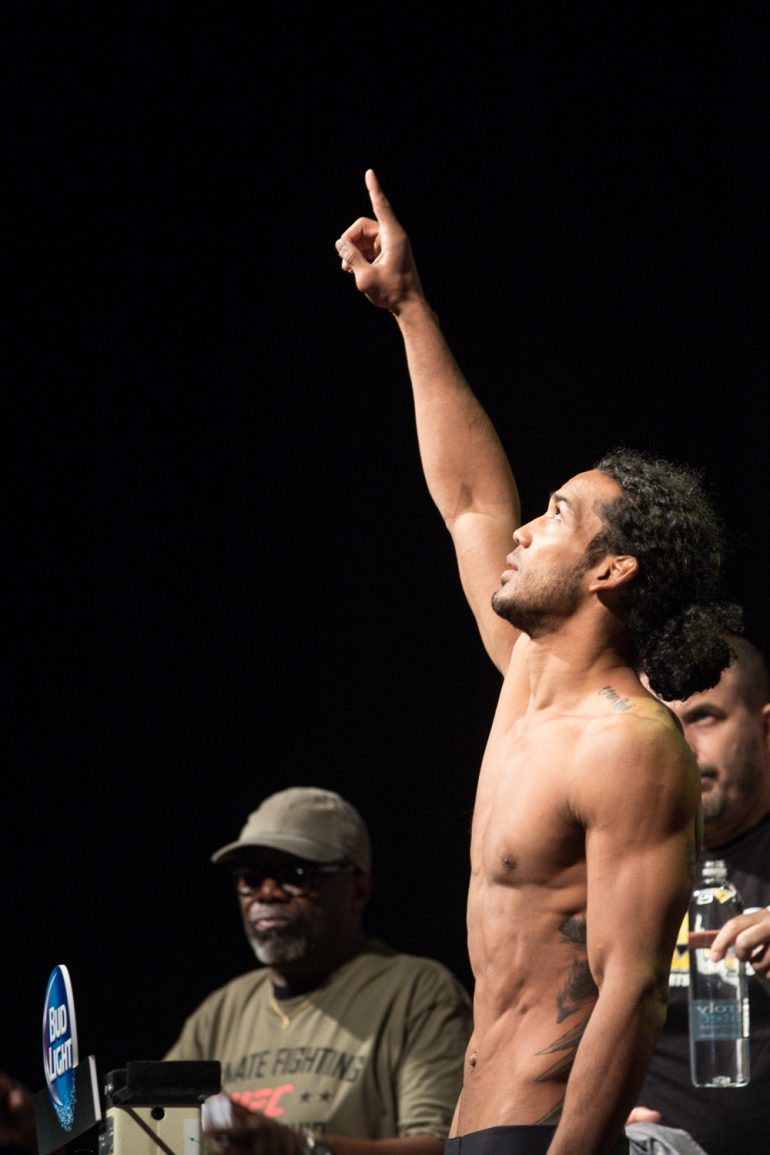 Benson Henderson was among those drug tested at UFC Fight Night 42 Photo: Will Fox

SWFight.com has been provided a list of the eight fighters drug tested at UFC Fight Night 42 by the New Mexico Athletic Commission. Despite rumors and concerns of none of the four Albuquerque, N.M.-based Jackson’s-Winkeljohn’s fighters not being among those tested on fight night, the list provided to us by the commission shows two members of the camp.

The New Mexico Athletic Commission routinely tests the main event participants; this includes the ones Saturday night in Jackson’s-Winkeljohn’s fighter Rustam Khabilov, and MMA Lab’s Benson Henderson. The fact they were drugged tested is not a surprise.

The other fighter from the Albuquerque-based camp tested was Fox Sports 1 main undercard participant Erik Perez. Both Khabilov and Perez lost their respective bouts.

The Albuquerque natives on the card, John Dodson and Diego Sanchez, were among the 14 fighters not drug tested.