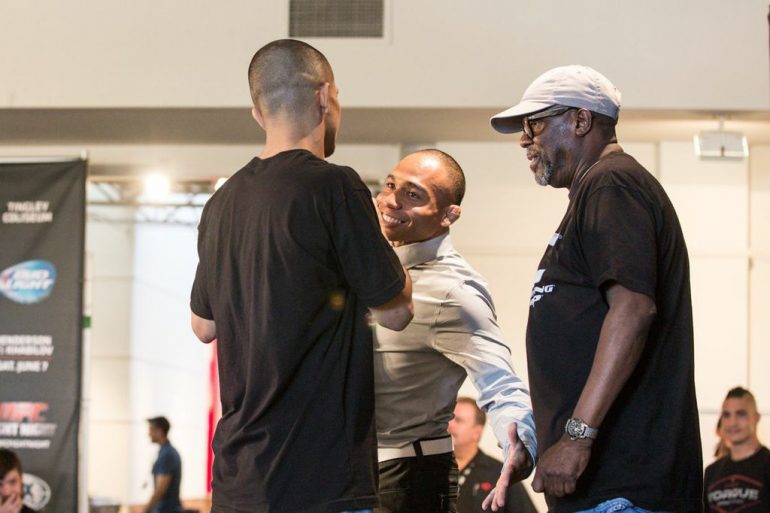 For those of you that lived in Albuquerque through the Johnny Tapia era, you may have felt that Tapia fought in his hometown dozens of times. In total, out of Tapia’s 66 fight Hall of Fame career he would participate in 21 bouts in his native Albuquerque; four of those times it would be the Tingley Coliseum, the site of tomorrow’s UFC Fight Night: Henderson vs. Khabilov card.

June 7th will mark the first time that the the UFC visits the mixed martial arts Mecca of Albuquerque. Two natives who serve as a face for MMA for state, Diego Sanchez and John Dodson, former title challengers in their own right are featured on the main card.

At media day Thursday, we had a chance to speak to Dodson who says he would love the same support that former world champs Johnny Tapia, and Bob Foster in the 60s did when they fought at Tingley.

The just might, over the past three days tickets sales have rallied and there are only about 1,000 in a building that is expected to hold anywhere from 9,000-10,000 people come fight night.

Check out our interview with John Dodson where he discusses fighting in his hometown and the gift, he says, the UFC has given him on what he feels is an easy bout against John Moraga.