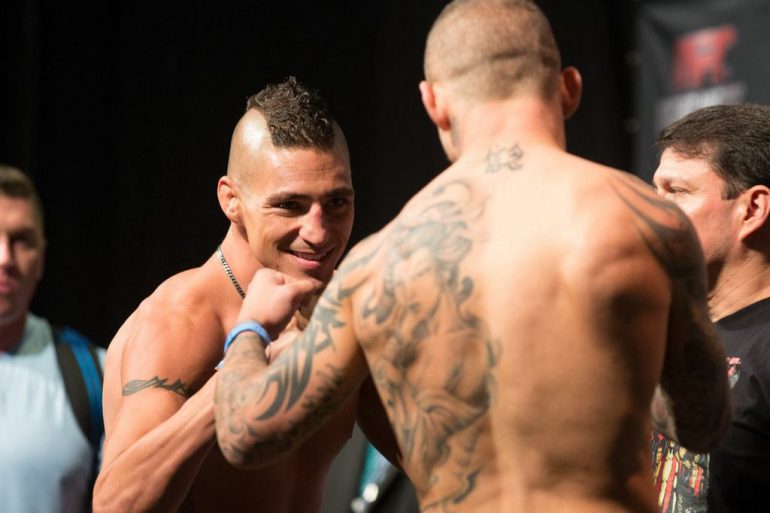 At a special meeting earlier today in Albuquerque, the New Mexico Athletic Commission convened to discuss two pending issues stemming from June 7th’s UFC Fight Night 42 card which took place at the Tingley Coliseum: Jason High’s reprimand for pushing a referee and whether or not to investigate the controversial decision rendered in the Diego Sanchez-Ross Pearson card.

Suspension Handed Down to Jason High

New Mexico State Athletic Commission chairman Tom King, has notified SWFight.com that High will suffer a one-year suspension for pushing veteran referee Kevin Mulhall after what High and many felt was a premature stoppage in the second round of his contest against Rafael dos Anjos.

The suspension according to King, will be in effect until June 7, 2015. During that time High will be unable to partake in a mixed martial arts bout in the state of New Mexico and for that matter anywhere in the United States as traditionally, states hold up decisions handed down by fellow Athletic Commissions.

The year long suspension could have been worse. According to King, there were talks of a two-year ban for High.

“Because he apologized to the ref that night and because he immediately publicly apologized on Twitter, we only gave him a year,” said King. “It would have been more if he hadn’t apologized.”

The most anticipated issue to be discussed tonight was the steps the commission would take to possibly overturn the unpopular 30-27, 27-30, 29-28 split-decision awarded to hometown fighter Diego Sanchez over Englishman Ross Pearson.

The commission agreed to uphold the judges verdict due to their inability to rule a infringement of one of the three statutes put in place to be able to overturn a scorecard;  Collusion, Scoring error, Violation of rules and regulations.

An official investigation will also not take place.

Agreeing with the majority, UFC President Dana White was reported as saying that despite the loss on paper, the organization would award Pearson a win-bonus and proceed to schedule future fights as though the Englishman had won the contest.