Diego Sanchez is as ‘Burque’ as it Gets 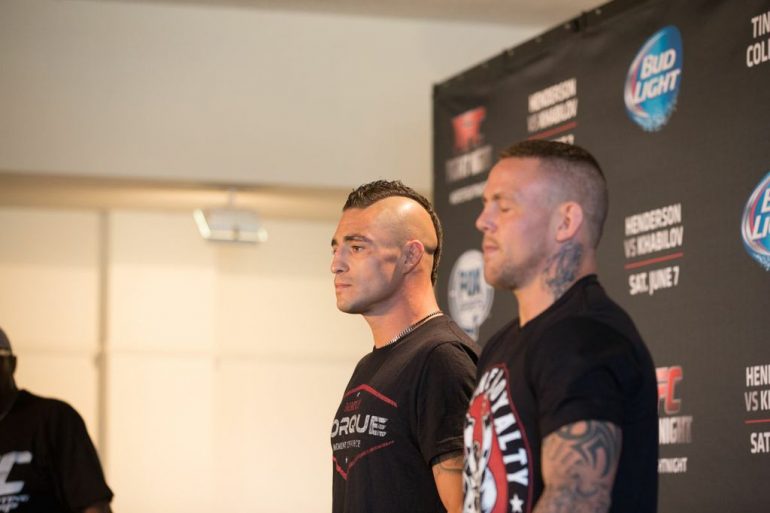 While the 90s in New Mexico were dominated by boxing world champions and Albuquerque natives Johnny Tapia and Danny Romero, it would take just one man in the early 2000s to swing that local combat sports pendulum.

In 2005, after winning the The Ultimate Fighter I Middleweight Final, Diego Sanchez would become a household name with sports fans in his hometown of Albuquerque, New Mexico. He would also put his gym on the map.

A former wrestler at Del Norte High School, Sanchez would turn the MMA eye, to at the time a relatively unknown gym called Jackson’s Mixed Martial Arts. From his TUF victory on, everything would change as Albuquerque would over night become an MMA Mecca.

Despite the new found international flavor at the gym and briefly leaving the gym for a brief stint in San Diego, Sanchez would remain true to his Albuquerque roots becoming a fan favorite with his gunslinging fighter mentality and constant action. A style that has earned him six Fight of the Night awards and over $300,000 in bonus money alone.

Earlier today the Ultimate Fighting Championships held their Media Day for UFC Fight Night 42, Sanchez spoke to the media and discussed with us the importance of ushering in the first UFC event in New Mexico state history.