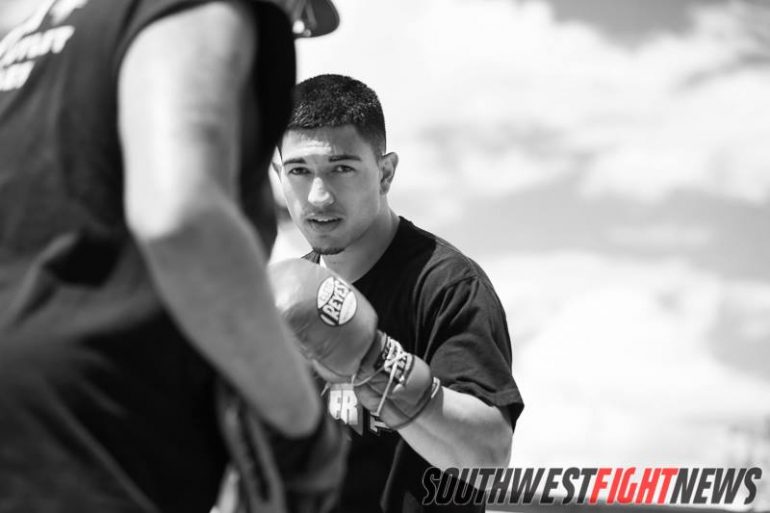 Just one week after winning his professional debut in 39 seconds, Brian Mendoza has signed a five-year contract with boxing manager Cameron Dunkin.

As part of the five-year deal, Mendoza will also be co-managed by his trainer Fidel Maldonado Sr.

“I’ve been working with Cam to get this deal done,” said Maldonado Sr. “I wanted [Mendoza] to make his pro-debut before signing any deal.”

The next major step would be for Mendoza to sign a promotional contract. His teammate, Maldonado Jr. is currently signed to Golden Boy Promotions but Mendoza and his team will look at all their options before agreeing to any promotional deal.

On top of his busy boxing schedule Mendoza also studies nutrition at the University of New Mexico.

After having recently wrapped up school finals, Mendoza hopes to get back into the ring as soon as next month.