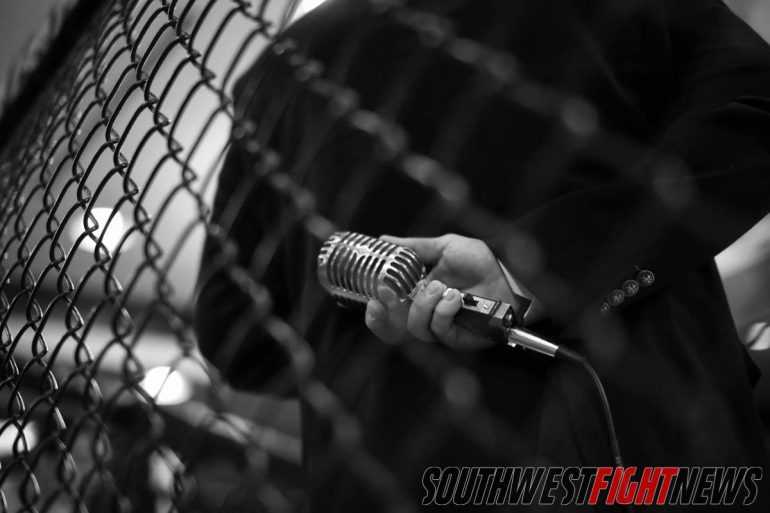 This Saturday night inside the Crowne Plaza Hotel in Albuquerque, New Mexico the King of the Cage promotion will look to sellout another event when they bring their successful amateur series to the heart of New Mexico’s fight scene. As we reported last week, the show will bring 17-gyms together for mixed martial arts action and include thirty well-trained athletes looking to make their mark on the regional circuit. “Future Legends 23” will be live on May 24th and if the previous several shows are any indication, Saturday night’s show will be another exciting event. Check out who we think will be the unofficial winners for the “Of the Night” recognitions.

From top to bottom, “Future Legends 23” is loaded with talented fighters capable of all different types of excitement. Several fighters will enter into the cage with knockout power, with slick submission chops, and the talents to fight for 15-minutes in high gear. With that being said, who are the most likely to be the recipient of “Fight of the Night” honors? Or how about
Performance of the Night”? After you read our dissection, feel free to chime in with your selections!

Fight of the Night: Louis Papas vs. Joey Trevino 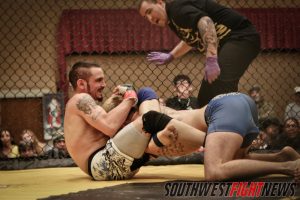 The Colorado based fighter knows his way around a cage. Not only is Joey Trevino seasoned and experienced, the Lifer MMA fighter is one of the more successful amateur fighters in the region.

Fans of the King of the Cage circuit will recognize the Trevino name as the Colorado fighter is a nine fight veteran of the promotion. Trevino has fought as the main event fighter and as an undercard fighter; he has fought some of the best talent the region has to offer from the most successful gyms in Colorado and New Mexico. In the contrast, Louis Papas is still very young to in-cage competition and represents a whole different category of MMA fighters.

From Judgement MMA in Rio Rancho, Papas is a gifted athlete whose explosiveness is only matched by pure athleticism. A hybrid fighter, Papas will bring very solid striking skills into action and a very solid wrestling base as well. Papas can be a bit of an acrobat as well as the young fighter has dynamic flying strikes that assuredly will get the crowd cheering.

Tevino will represent a more methodical approach as he will work a very structured striking attack being pushed at a workmanlike pace. Trevino is dangerous everywhere, the Colorado fighter can end fights from his back just as quickly as on the feet. Trevino owns four guillotine choke submissions, three rear-naked choke finishes and in his most recent outing secure his first career triangle choke finish.

Methodical vs. Explosive. This fight has all the makings of a great fight and the competitors will offer their opponent a huge obstacle should they want to come out with their hand raised. If the fight stays standing, I expect the fight to be a barn-burner and if it hits the mats I would imagine fight fans will be treated to a chess match between these two talented mixed martial artists.

Knockout of the Night – Brent James vs. Victor Orquiz

The recipient of the “Knockout of the Night” has often come from unlikeliest of sources. In this instance however, I believe the fight between Brent James and Victor Orquiz have all the makings for a slugfest. Orquiz of Dona Ana Boxing in Las Cruces is coming off a win where he would enjoy an advantage in the striking department and would exploit it to a highlight reel finish. James is a fast-paced fighter who has little issue with engaging in the pocket. Working with the Judgement MMA team in Rio Rancho will have impacted his striking arsenal and this fight might end up being a tactical striking match where both fighters engage in action in close range.

Orquiz will definitely present his fists as the weapons of choice in this match up where punches could stun James through power or volume and I could see James using kicks and spinning strikes to catch the very relaxed defense of Orquiz to get a finish. Either way, I definitely see a finish for this match-up.

Submission of the Night – Nicco Montano vs Leann Acosta 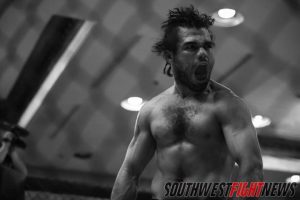 No stranger to the cage, FIT NHB’s Charlie Williams will headline the stacked “Future Legends 23” fight card and will look to continue his recent streak of success.

This comes with zero disrespect to Transcendence MMA’s Acosta, but Nicco Montano of Durango Martial Arts in Colorado has been earning quite the reputation for being a submission savant. Winning at the highest levels of regional grappling in such tournaments as NAGA and Fight To Win, Montano competes often in the Absolute Divisions and is extremely talented in and out of her Gi. In two MMA fights, Montano has used her profoundly dominant ground game to pick up two victories in the first round of each outing.

Montano is one of the women amateur fighters to keep an eye out for and I wouldn’t be surprised in the least if she picked up another impressive victory and do so via submission. Montano’s strong when she gets her hands on an opponent and a scenario where she flattens and opponent out to secure the rear-naked choke is likely.

Performance of the Night – Charlie Williams

FIT NHB’s Charlie Williams sits atop the fight card for a reason, maybe even several reasons. One of those reasons is that Williams always comes to fight and always delivers the fans in attendance an exciting performance. Should Williams be the “Performer of the Night” it will not be the first time he is labeled with this title and it is hard to imagine it will be the last. The experienced amateur fighter is seemingly gifted in all avenues of hand-to-hand combat with emphasis on his kicks and ability to fight off of his back.

Williams is diligent and aggressive simultaneously and pushes a pace that most opponents have succumbed to; hard leg kicks and flush kicks to the body dictate the pace for Williams who is unafraid of being taken down should his opponent feel compelled to counter the kicks. Williams is explosive in his sweeps and possesses a high fighter IQ when placed in a bad position.

I fully expect to see Williams emerge once again as one of the fighters to stand out most after an evening of exciting fights.

Runner-Up: Virtually any fighters on the fight card.