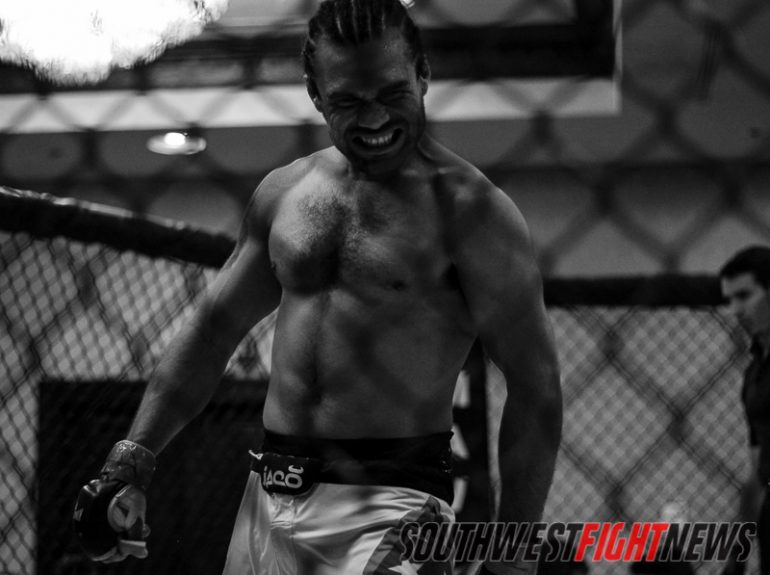 King of the Cage “Future Legends 23” delivered a night full of exciting mixed martial action and the fans in attendance inside the Crowne Plaza Hotel were treated to back-and-forth battles, slick submissions, and emphatic knockouts. A fight fan couldn’t really ask for much more as the fight conclusions ranged from split decisions to unanimous decisions, first round stoppages to late round stoppages. Take a look at our “Sunday Perspective” and find out what we felt the key points were from the great night of fights.

I have personally stated in the past including the day before this event that King of the Cage has put together a string of events where there has not been a single bad fight. While the promotion may lack “marquee” names on the typically amateur filled fight cards, it is rare that the match-ups do not deliver in one way or another. King of the Cage in my opinion has the best model for fight promotions in New Mexico and they truly embrace their regional circuit status and build on that premise.

Since their “East vs. West” fight card in mid-2013, King of the Cage has rattled out seven events in an eleven month span in the Albuquerque, Las Cruces,  and Cortez, Colorado areas. It should be stated that King of the Cage has been around longer than any current show currently putting on shows in New Mexico and surrounding areas and has stood tall to the test of time. Often not receiving the appreciation it deserves, King of the Cage is a great platform for fighters to gain experience.