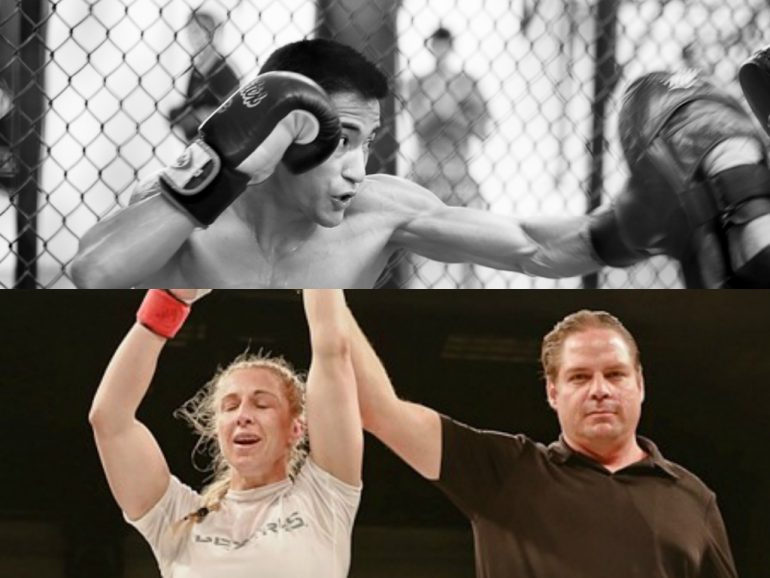 Sanchez (5-0) is among the best flyweights in the state of New Mexico and will look to extend his win-streak and finishing streak to six fights against the lesser experienced Richard Delfin (1-1) who hails out of Siege MMA in Phoenix, Arizona. 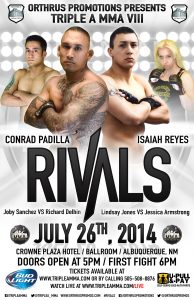 In another fight added to the card earlier today, Westside Power Gym’s Lindsay Jones (0-0) willmake her professional MMA debut against El Paso’s Jessica Armstrong (0-3). Earlier this year Jones was featured in our Getting To Know segment this past March.

The night’s fight card will be streamed live at www.TripleAMMA.com. The complete professional side of the fight card is listed below with the amateur bouts to be announced in the coming weeks:

*Tickets start at $25 for general admission, $35, $45 and $60 respectively for closer seats. Additional fees may apply. This is an ALL AGES EVENT.