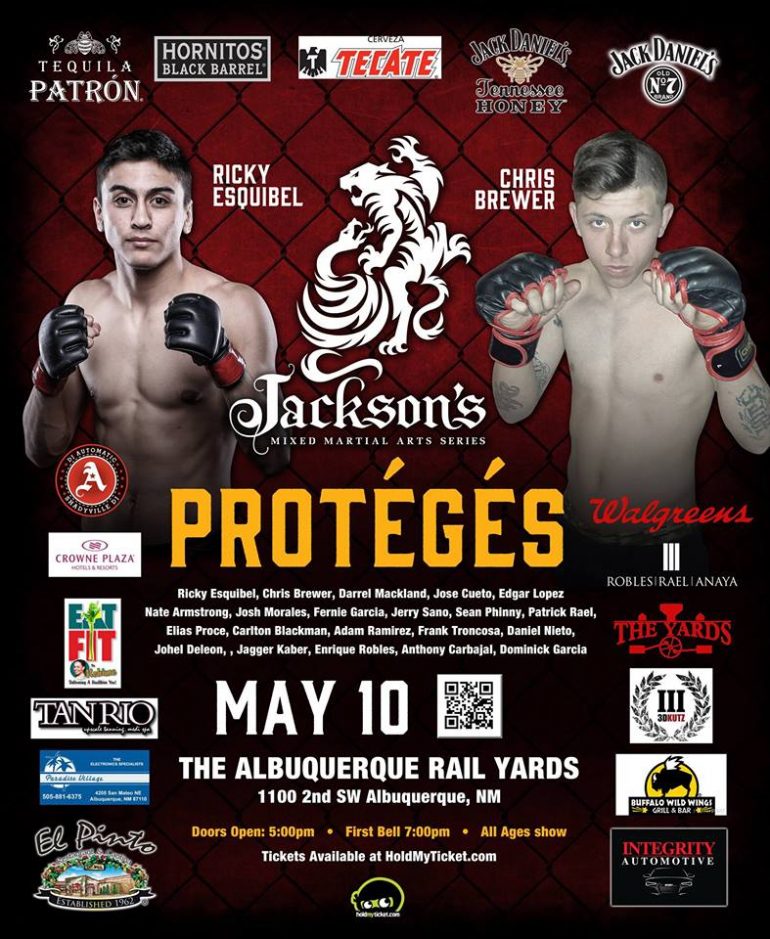 Fighter Ricky Esquibel poses in front of “The Yards”

The cage will be setup inside the refurbished Blacksmith Shop at the historic Rail Yards. This will be the same venue in which last weeks “Rail Yards Market” took place.

Also, referred to as “The Yards”, the building provides a nostalgic brick and steel structure with floor-to-ceiling panes of green and yellow glass, truly a unique atmosphere for a fight card, and will be an event unlike any other seen in our area.