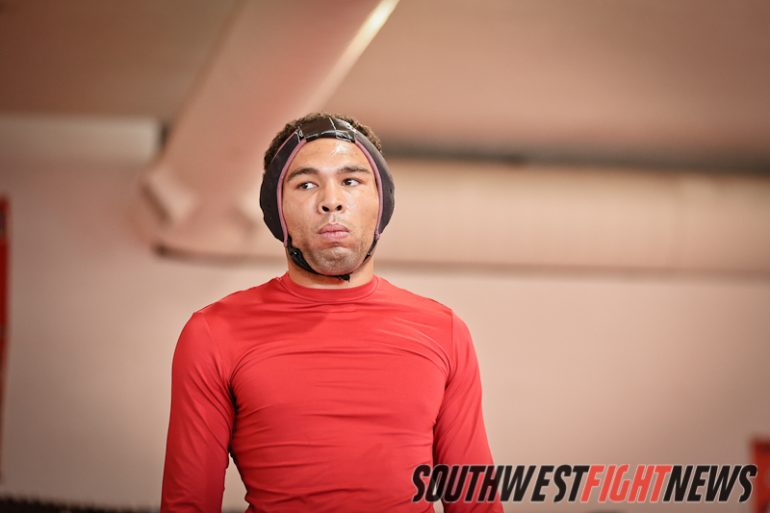 Awaiting Tenneson (1-0), will be Colorado’s Prentice Ingram (9-3), who holds a perfect 4 and 0 professional record against fighters from the state of New Mexico.

“He’s more experienced than I am. He’s taller and he seems to be more athletic,” says Tenneson of his opponent. “It’s a big challenge for me.”

The bout which was originally set for Gutierrez and Ingram at 145 pounds will take place at a catchweight of 150 pound because of the late notice for Tenneson.

This will be the first time that Tenneson is featured as the main event on a professional bill, a setting Ingram is used to seeing quite frequently in the friendly confines of his home state of Colorado.

“To be on a main event on a Jackson’s card, that’s huge for me,” says Tenneson. “I think of the people who have headlined those events it’s a ‘who’s who’ in local talent.”

One thing is certain, this is a large leap in competition for Tenneson and he is well aware of it.

“I think I’ll look fondly on this memory whether I win or lose,” he says. “I’m not afraid.”

The co-main event will feature UFC Mexico hopeful Salvador “Dodger” Montaño against Colorado’s Santana-Sol Martinez. The rest of the card will be made up of amateur bouts.