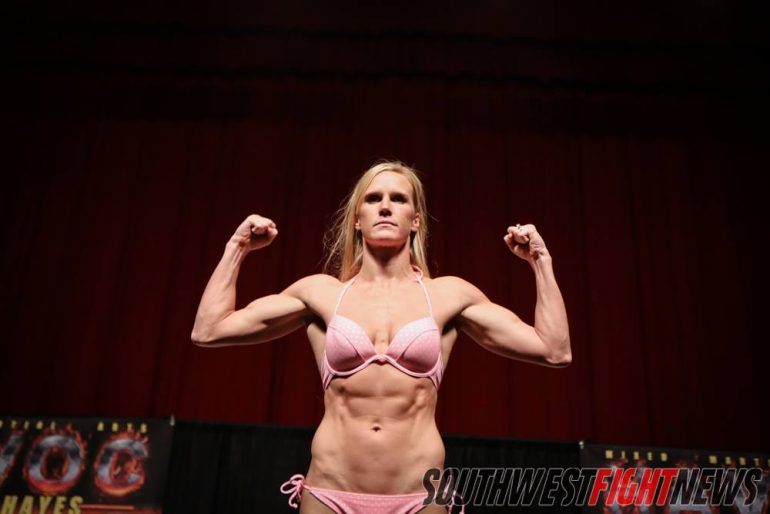 The weigh-ins have wrapped up for Legacy FC 30 over at the Route 66 Casino just outside of Albuquerque, New Mexico. While the main bouts of the evening were confirmed without any complications, the undercard had several odd occurrences which will definitely alter the fight card for tomorrow night.

Bushido MMA’s Martin Sano Jr. should be more than able to cut 0.6 pounds to make his 170-pound weight limit for Jackson-Winkeljohn product Clint Roberts but the same may not be said for Albuquerque’s Lenny Lovato Jr. who came in at 180.2-pounds, 8.2-pounds over the limit. It is hard to see how he could cut the remaining weight and will most likely fork over a good chunk of his fight purse and possible even have to now abide by stipulations where he cannot surpass a certain weight tomorrow.

Eric Saavedra made Lovato Jr.’s missed cut look insignificant as Saavedra came in at 195-pounds for his 170-pound bout. Even allowed a two-pound allowance, Saavedra would miss weigh by 22-pounds and there is not a scenario where it could be justified in allowing that fight to go on. I would expect a canceled bout for that, turning the professional undercard from a 7-fight line-up to a 6-fight line-up.

Adding to the bizarre weigh-in, Las Cruces fighter Ricky Garcia was charted down as M.I.A (missing in action) which can be interpreted as Garcia failing to show up for the weigh-ins. If the promotion had no knowledge of Garcia skipping this event, most Athletic Commissions will likely fine and in the least suspend his fight license. No official word yet on the reasoning for this “M.I.A” labeling but we will update you if we come across an official announcement.

Everyone else was on point on Thursday afternoon, including headliner Holly Holm who came in just under (134.6) 135-pounds for her Title fight against Juliana Werner, the Brazilian fighter hit the mark at 134.8-pounds. Stay tuned to Southwest Fight News for more Legacy FC 30 coverage including a special feature tomorrow morning to help prepare fight fans for tomorrow’s event.

(*) – Martin Sano Jr. missed the 170-pound weight limit by .6 as the bout had a two-pound allowance. He will be allowed an hour, starting at 2:43 PM to lose the remaining weight.
(**) – Lenny Lovato missed his 170-pound weight limit by 8.2 pounds. A time limit was not given and it is not yet know if Lenny will attempt to cut any of the weight or if the fight will go on.
(***) – Eric Saavedra missed the 170-pound weight limit badly, by 22-pounds which is an obscene amount to be over. There is no details at this point as to what happened, and it can be assumed the fight will not go on as planned.
(****) – Ricky Garcia of Las Cruces was a no-show to weigh ins and he was listed down as being M.I.A. Being that he missed weigh-ins, it should be expected that he won’t fight tomorrow night.

A Quick Fan Guide To The Legacy FC Fight Card