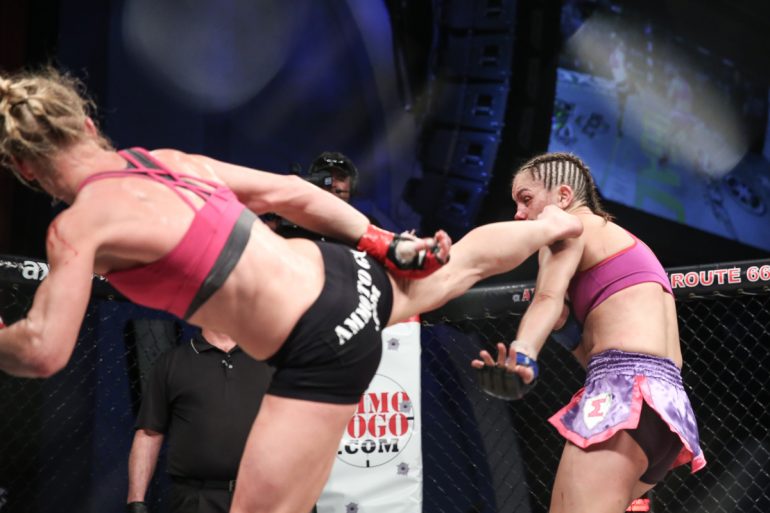 Another memorable night of fighting is in the books and the Legacy FC promotion’s debut venture into the state of New Mexico has concluded. As the dust settles there will be significant storylines that will emerge and it is likely that a lot of the local MMA landscape will have long-term ramifications stemming directly from Legacy FC 30.

Sitting several rows deep into the auditorium style venue, I had a very unique experience sitting in the stands for the event. I was able to feel the buzz in the crowd, identify high and low points, and see how full the Route 66 Casino was throughout the fight card. This April 4th event will definitely stick in the minds of the hardcore local fans as there was so much to absorb and discuss going forward.

While many are going to talk of the main event featuring Holly Holm and Juliana Werner for the Legacy FC Women’s Bantamweight Title, I believe the most significant storylines are buried within the professional main card namely the fight between FIT NHB’s Ray Borg and Jackson-Winkeljohn product Nick Urso. Many heading into the bout thought that Nick Urso was one fight out from being in the UFC and while that may have been true, very few fans outside of the FIT NHB support circle gave Ray Borg much of a chance in the bout.

National media gave attention to Urso, as he trains out of the Greg Jackson and Mike Winkeljohn gym and trains alongside such fighters as John Dodson; our site appreciated the talents of Urso as well, labeling him one of New Mexico’s premier talents and top prospects. Urso was favored on most online forums and as mentioned previously, he was thought to be one fight out from the UFC Flyweight ranks. On the flip side, FIT NHB has never received the same attention as their counterparts down the road and Borg, while many believed he was talented they still pointed to the fact he wasn’t aligned too a world-renowned gym and world-class training partners.

We will cover Borg’s win more in-depth this weekend and week, first here are some post-fight thoughts coming out of Legacy FC 30.