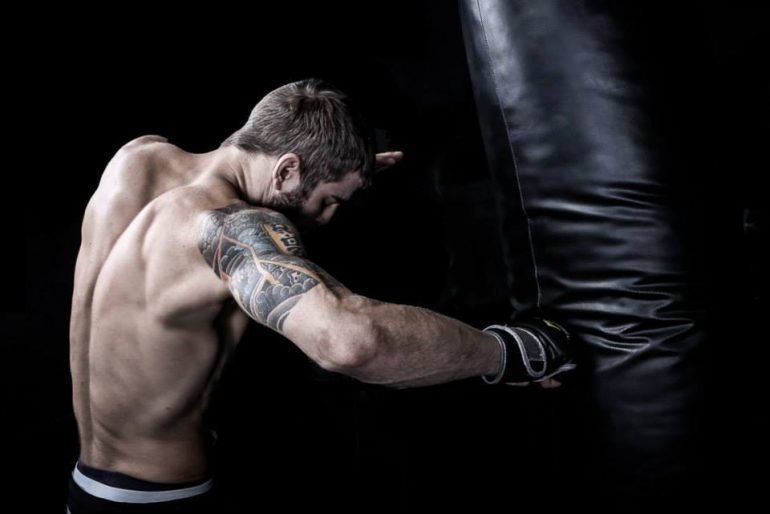 King of the Cage invades the Las Cruces Convention Center this Saturday, April 19th for their “Throwdown” event. The arrival of the successful promotion will end a lengthy hiatus from events being hosted by the promotion in Southern New Mexico. The “Throwdown” fight card pulls no punches as the promotion will be brining a loaded fight card to Las Cruces fight fans that includes a high-profile main event guaranteed to put out some fireworks.

When King of the Cage decided to name this event “Throwdown” it would be expected that the fight card would be headlined by a fighter from their roster who “throws down”. I don’t know if too many fighters embody that mentality in fighting more so then “Rock’em Sock”em” John Rozema (1-0 pro, 4-1 amateur). The Judgement MMA fighter is never in a boring fight and has earned a reputation for needing only the opportunity to simply touch an opponent to hurt them.

The excitement factor continues to be exemplified by Parabellum Combative Systems fighter Brian Castillo (3-3 pro, 2-1 amateur) who will make the trip from just down the road in El Paso, Texas. Castillo can finish the fight anywhere inside the cage and solid experience behind him heading into the bout.

The Scott Marlowe trained Rozema is hard-hitting, tough-nosed, and comes into every bout ready to fight. A Rozema fight wouldn’t be a “Rozema fight” without a flurry of punches and several exchanges that bring the crowd to a roar. In four career victories spanning his professional and amateur career, Rozema has finished each opponent via strikes and the finish usually comes in brutal fashion.

Rozema’s striking coach, Scott Marlowe is a striking savant who has a fine-tuned regiment instilled in Judgement MMA fighters and it shows in the technique and successful striking talents of the fighters within the Rio Rancho gym. Training alongside teammate Adrian Cruz and under the conditioning tutelage of Robin Marlowe (who happens to be his mother), Rozema comes into fights well-trained, prepared and pumped-up to see the cage door be closed.

El Paso’s Brian Castillo brings into combat a well-rounded skill set that allows him comfort at every moment inside the cage. Being the bully inside the cage is a trait shared by several of Coach Shane Schuman trained fighters. Once Castillo gets inside the cage, the Texan imposes his well by any means necessary regardless if that means standing and trading or working the takedown to get top-position.

In five career victories in nine outings both professional and as an amateur, Castillo three (t)ko’s, one submission and one judge;s decision; the ability to win on the feet and on the ground make Castillo a tough out for any 145-pound fighter. In his most recent outing, Castillo went the distant with the young and talented Matt Hunt in a bout Castillo would control throughout and he’d earn the unanimous decision nod from all three judge’s cage side.

The fight has all the makings of an epic clash between two very talented fighters. Rozema will enter the bout as the favorite in terms of odds as the Judgement MMA knockout artist brings lots of talent and hype with him due to his highlight reel finishes from five knockouts in 2013-14. Castillo took the fight on short notice as Rozema was originally slated to meet up with Derek Cranford but will undoubtedly be prepared as his fight team has a notorious reputation for playing spoiler in big fights.

This is a must-see match-up fight fans! Stay tuned to SWFight for more event coverage, fight breakdowns and analysis. For tickets, contact your favorite fighter from the fight card or visit www.holdmyticket.com.  Visit www.kingofthecage.com for more King of the Cage information.

“The Dirty Bird” Returns To The UFC, Tim Means Signed Up For UFC In Cincinnati