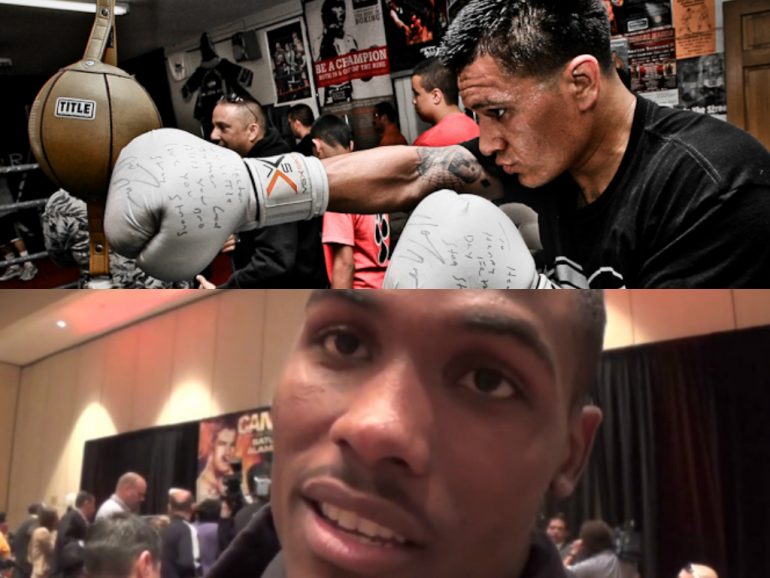 It is another late notice fight for Albuquerque’s Hector Muñoz who tells SWFight.com that he has signed to fight undefeated Texan Jermall Charlo Saturday night at the Stub Hub Center in Carson, California. The fight will help make up the Showtime Extreme portion of the Keith Thurman vs. Julio Diaz WBA World Welterweight bill on Showtime Championship Boxing.

Over the past few weeks neither fighter would have ever considered the other as a future opponent. Charlo (17-0, 13 KO) has been in fighting shape for nearly three months having trained for his first championship fight that was supposed to take place March 8th against IBF Light Middleweight champion, Carlos Molina. That fight never occurred due to Molina’s highly publicized incarceration.

Muñoz (22-12-1, 14KOs) who has made a career as of late of answering the call for short notice fights, jumped into training last week when he received word from Golden Boy Promotions that he was a lead candidate to fill in the main event spot vacated by Erislandy Lara to take on Ishe Smith. That fight for Muñoz fell through but the opportunity for a nationally televised fight against Charlo arose.

The contest between Muñoz and Charlo will take place at the catchweight of 158lbs with the bout set at a limit of 10 rounds. The Showtime Extreme portion of the card which starts at 7pmET, will also feature Antonio Orozco against Martin Honorio.