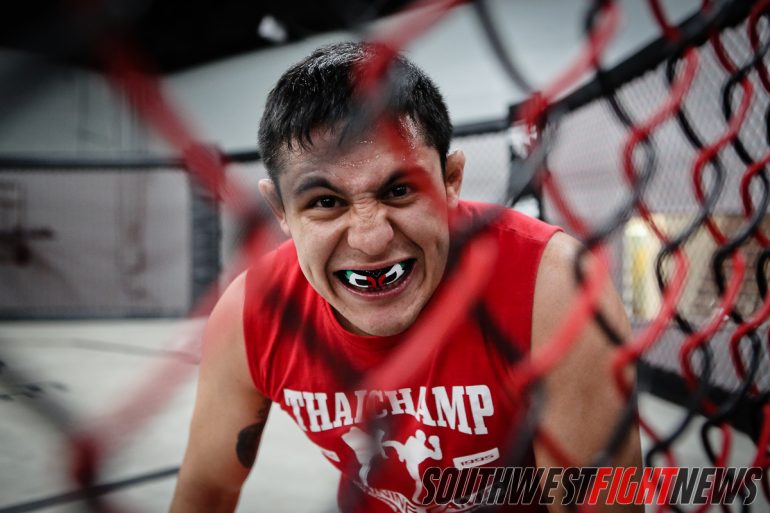 The debut event for the Ultimate Fighting Championship (UFC) in Albuquerque is coming together slowly but surely. Each week more announcements are made concerning the fight card and MMA’s premier promotion isn’t pulling any punches with their fight card. The headlining act of Ben Henderson vs. Rustam Khabilov is already a gem for a main event and the inclusion of Diego Sanchez, John Dodson and Sergio Pettis were sprinkles atop an enormous treat for fight fans. Today it was announced that another prominent MMA figure would be in action on June 6th inside Tingley Coliseum.

New Mexico has always been a home for fighters with Hispanic and Latino heritage being that the state’s population blends greatly with huge numbers of Spanish and Mexican people. With our historical ties to Spain and our geographical tie to Mexico, that should come as no surprise to anyone.

One of MMA’s premier Mexican fighters, Erik “El Goyito” Perez will represent that Latino heritage in Albuquerque when he fights Bryan Caraway in a 135-pound Bantamweight bout. Perez (14-5) is one of the UFC’s brightest young fighters and his ability to finish the fight standing or on the mats has made him one of the more popular lighter weight fighters since his UFC debut back mid-2012.

Several sources have confirmed the addition of Perez to the Albuquerque fight card and at UFC Fight Night 43 his opponent Bryan Caraway (18-6) will be a tough test for “El Goyito”. Caraway has won four of his last five and is coming off of a dominant submission victory over veteran Johnny Bedford. Perez has won nine of his last ten with the lone loss coming against the durable Takeya Mizugaki this past August. With both fighters coming off of wins, the winner will undoubtedly climb the division ladder to inch closer to a contender fight.

Perez will join teammates Khabilov, John Dodson and Diego Sanchez in representing the Jackson-Winkeljohn camp for the first ever UFC event to be held in New Mexico.

It was also recently announced that Patrick Cummins would be featured on the fight card. Cummins (4-1) is best-known for his feud with Daniel Cormier that concluded when Cummins took on Cormier on a weeks notice a few months ago. The Light-Heavyweight will bring his elite wrestling pedigree into the Octagon to face-off with Francimar Barroso (16-5).