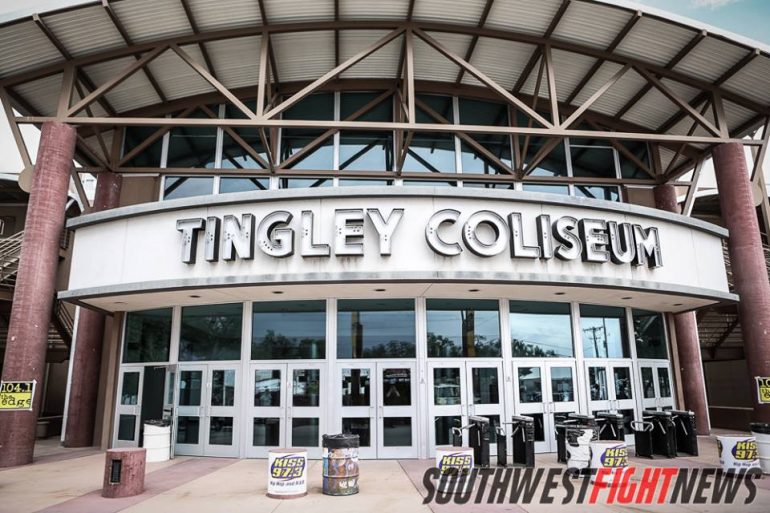 Even though we are still over two months away from the Ultimate Fighting Championship (UFC) rolling into town, the buzz is already building within the confines of our state lines. When the “Fight Night” event was announced last week, the headlining fight was announced and it would mark the arrival of the best ranked fighters the state has ever been host of since the World Exteme Cagefighting (WEC) visited Albuquerque and brought a main card full of top ranked fighters.

A week later, the fight card is beginning to take shape. Atop the fight card, #1 ranked Lightweight Contender Benson Henderson will take on #15 ranked Rustam Khabilov. The Dagestani fighting out of the Jackson-Winkeljohn camp will take a huge step-up in competition when he faces the former UFC Lightweight Champion on June 7th. Many believe Khabilov should be much higher on the ranking ladder and he will have his opportunity to leap frog several prominent 155-pound fighters for a shot to fight Anthony Pettis in the near future. With an impressive record of 17-1, Khabilov will have the biggest opportunity of his career inside Tingley Coliseum when he takes on Henderson (20-3).

Earlier today, we informed fight fans that fan favorite John “The Magician” Dodson would be representing his hometown in action. Dodson was paired with John Moraga, a foe of which Dodson holds a win over from a bout in 2010. Dodson was the first true local announced for the card as Dodson was born in Albuquerque, and attended school in Moriarity.

Two other fights have been announced for the Albuquerque “Fight Night”, one of which crept through the radar amidst the initial event announcement. Lance Benoist (6-2) and Bobby Voelkner (24-11) will clash in a Welterweight tilt; both fighters will be looking to right the ship after consecutive losses and the hunger to get back in the win column should make for a very exciting 170-pound bout.

A Pettis will be in town on June 7th, the little brother to UFC Lightweight Champion Anthony Pettis will bring his exciting flavor of striking brilliance to the “505” in a very important 135-pound fight. Sergio “The Phenom” Pettis  (10-1) was the hottest prospect commodity at one point last year as the Duke Roufus trained fighter had rattled out ten consecutive victories including a win in his UFC debut over Will Campuzano. Pettis draws the veteran Yaotzin Meza (19-9) in a Bantamweight fight that Pettis badly needs to secure a victory in. Pettis is still a blue-chip prospect and will propel himself once again into contendership with a victory.

Stay tuned to SWFight for all of your New Mexico MMA news, announcements, and analysis. As always, we will have weekly unique coverage on all things local MMA!