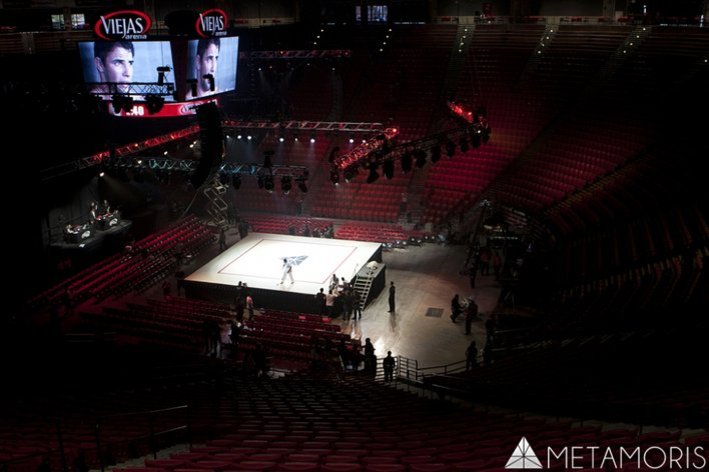 Located in the historic downtown Santa Fe there is a fitness gym that has deep roots into mixed martial arts and more specifically the art of Jiu Jitsu. Once named Undisputed Fitness, the Santa Fe gym was initially run by Ultimate Fighter reality TV competitor Tait Fletcher. The gym would eventually stray from its emphasis on MMA and Jiu Jitsu and turn its attention to the rapidly successful Crossfit. Amidst all the transition, the gym would become an official 10th Planet Jiu Jitsu affiliate. While the name change indicates the affiliation to the notorious Jiu Jitsu practices of Eddie Bravo, the gym had ties to the legendary and iconic figure from day one.

Tait Fletcher as many may recall competed on the third season of the Ultimate Fighting Championship (UFC) reality show “The Ultimate Fighter” as a 205-pound Light-heavyweight that aired beginning in April of 2006. Fletcher was coached by Ken Shamrock on the show but actually was a product of the Jackson-Winkeljohn gym here in Albuquerque. Fletcher wouldn’t reach the semifinals but would become a recognizable figure in the MMA world thereafter.

Fletcher would go on to open up the Undisputed Fitness gym in Santa Fe and with it he brought an immense amount of knowledge to his students. Fletcher was once the bodyguard to Joe Rogan, who of course was the famed Fear Factor game show host and more recently one of the voices of the UFC as the play-by-play and color commentator for the top MMA promotion and if that wasn’t enough of an MMA connection, Fletcher trained under the famed Eddie Bravo.

The founder of the 10th Planet Jiu Jitsu sytem, Eddie Bravo is notorious for one moment in Jiu Jitsu history that would spark his entire career and the success of his grappling system. In 2003, Eddie Bravo would enter into the prestigious and invite-only Abu Dhabi Combat Club No-Gi Submission Grappling Tournament after earning the invite from winning a regional Jiu Jitsu invitational.

Bravo would head into the event as a relative unknown, in fact Bravo was only a Brown Belt in Jiu Jitsu while the other competitors were well-accomplished Black Belts. Training under the legendary Jean-Jacques Machado, Bravo would draw the tournament favorite in the first round in what was expected to be very little more than a squash match.

Royler Gracie was the vaunted and iconic figure of the Gracie Family when it came to competition Jiu Jitsu. The Black Belt Royler was brother to the famous Royce and Rickson Gracie and was trained by one of the true “Godfathers” of Jiu Jitsu, Helio Gracie. If that back story wasn’t impressive enough, in his Abu Dhabi Combat Club (ADCC) experience of three previous ADCC Championship conquests, Royler never gave up a single point to an opponent. It could be argued that Royler was the world’s best competition grappler at that time.

Buried amongst the other quarterfinals matches, the conclusion of Gracie vs. Bravo should have been a formality but as history would have it, the Jiu Jitsu world was about to change.

From a guest piece on mmamania.com from May of 2011:

It was pretty clear who the favorite was heading in to the showdown.

By this time, few people knew the extent of Bravo’s technical abilities, nor did they know of the new system he was slowly developing that included his infamous “Twister” submission.

The stage was set.

It was not the finals. Rather, it was still just a quarterfinals match up that was expected to be another easy win for Gracie that would lead to another championship.

This Jiu Jitsu match is one of the more technical matches you will watch; however, it is also one of the more important and significant matches to happen for the ADCC. It also earned Bravo worldwide recognition and respect amongst the jiu-jitsu community, giving him the credentials to develop his own system of Jiu Jitsu.

Eddie Bravo would go on to win that match via submission over Royler Gracie and in doing so, he shocked the entire Jiu Jitsu world. Bravo would set up his now renowned “Rubber Guard” to bait the crafty Royler Gracie into a Triangle Choke. After some struggle, Bravo would finish the choke and go on to formulate his own Jiu Jitsu sytem and open up his own schools. His emphasis on No-Gi Jiu Jitsu was revolutionary at the time and the uniqueness of his now-famed teachings set the Jiu Jitsu community ablaze.

Four years after the victory over Royler Gracie, Eddie Bravo would award Tait Fletcher his Brown Belt in Jiu Jitsu within the 10th Planet system. Bravo franchise of grappling schools, 10th Planet Jiu Jitsu would start popping up all over the country including the one run by Fletcher in Santa Fe. The gym in its infantry would propel in popularity; Fletcher had ties to the UFC through Joe Rogan, was well-respected in the Jiu Jitsu world through Bravo and also Renato Migliaccio (who Fletcher earned his Black Belt under), in the MMA world through his training with the Jackson-Winkeljohn gym, and in the movie business, a place where Fletcher has found success for several years.

Undisputed Fitness would produce immense talent in their starting years; former UFC fighter Henry Martinez would earn his Jiu Jitsu Black Belt and climb the ranks of regional MMA during his time at the gym, local veteran Josh Montoya would earn his Purple Belt and compete for a King of the Cage Title, and current Instructor Ruben Rivera has climbed all the way to the rank of Brown Belt, with several notable tournament victories to his name.

When Metamoris III goes live tomorrow night, all eyes will be on the headliners Eddie Bravo and Royler Gracie. New Mexico fight fans who will be tuning in will be treated to lots of elite level Jiu Jitsu action featuring some of the hottest names in the Jiu Jitsu world; one of which, Bravo, who has loads of ties to our local area, competitors and iconic figures. I will vouch that Metamoris is unlike any Jiu Jitsu competition you’ve ever seen, the rules are different as each match is decided by submission or 20-minute draw meaning points will not be counted in matches. The matches feature only the sport’s best, as they are invite only.

Catch the live stream at (https://metamoris.com/) and enjoy high level Jiu Jitsu action in the Gi and out of the Gi. The stream is $20, and it will be well worth it. Included in the match listing is Jiu Jitsu prodigy Keenan Cornelius, UFC veteran “Babalu” Sobral vs. Dean Lister, and Rafael Mendes. SWFight’s Will Fox will be in attendance so I encourage you follow him on Instagram (TheFoxIdentity), Facebook (https://www.facebook.com/TheFoxIdentity) and Twitter (@willfox) to see some of his epic photography at the historical event.