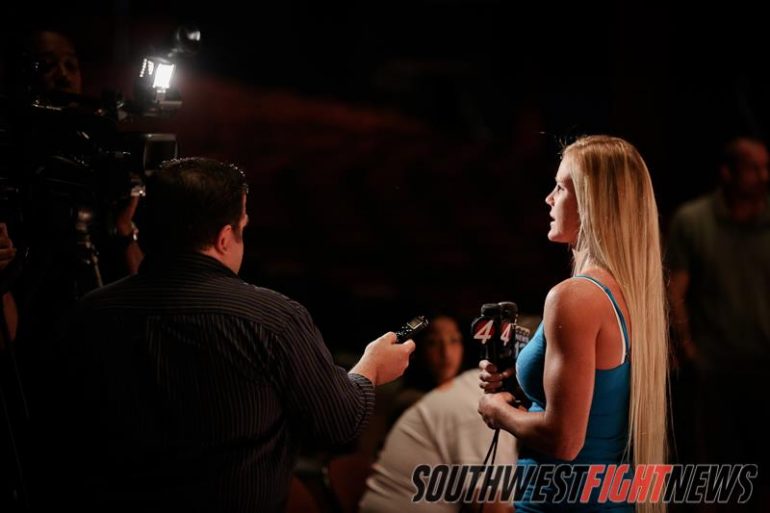 Approaching the three-week countdown to the April 4th Legacy FC 30 event, fight fans should already have their tickets to the event or planning on snagging some up very soon as this event is going to be a “must-see” fight card featuring so many talented locals and several headlines within the evening’s fight listing. Storylines are plenty and the match-ups care compelling; this is not one of those events that you won’t mind missing, in fact, this is the type of event that you do not want to wake up Saturday morning to read how great the event was knowing you missed it.

Sound exaggerated? It isn’t, Legacy FC 30 is stacked in their professional line-up and when the event starts inside the Route 66 Casino just outside of Albuquerque, the intrigue will build as the night goes on. From headliner to match making, Legacy FC 30 delivers in just about every way you can imagine. To prepare the fight fans for the event, we thought we’d share some of the reasons why you should be excited to be in attendance on April 4th.

We start with the headlining act in a five-piece series, Legacy FC 30 will feature a WMMA main event between Albuquerque’s Holly Holm and Brazil’s Juliana Werner.

Could This Be Holly Holm’s Last Regional Fight?

Currently 6-0 in her MMA career, Holm saw her career trajectory propel quickly with four of those victories happening  in 2013. Holm found most of her success within the Legacy FC promotion where she racked up two highlight reel knockouts including a head-kick finish of Allana Jones that garnered her several WMMA “Knockout of the Year” awards.

The speculation has turned towards Holm being on the UFC path now that they have announced officially that she is on their radar. In fact, today it was reported by ESPN’s Brett Okamoto that a huge development was taking place this weekend. Okamoto’s tweet:

Dana white is meeting with holly holm this weekend.

If this tweet is to be true, Holm is going to be in attendance for UFC 171 which is set for this Saturday in Dallas, Texas. Holm’s teammates Carlos Condit, Diego Sanchez and Bubba McDaniels will be in action inside the American Airlines Center. A meeting with UFC President Dana White is indicative of potentially huge news.

A win for Holm over opponent Juliana Werner (7-3) on April 4th may be the key into the golden gates of the UFC Women’s division where a match-up with Champion Ronda Rousey seems imminent considering the dire need for top contenders. Rousey has dispatched perennial contenders Meisha Tate, Liz Carmouche and Sara McMann leaving the 135-pound ranks without a true contender.

Holm would feel that void easily as her reputation has always been strong in this region and her popularity has grown tremendously during his 2013 run. Another key theme to keep in mind is that Holm may be the catalyst to bringing the UFC to New Mexico as she will bolster the local drawing power alongside Carlos Condit and Diego Sanchez to entice the promotion to bring their event to our area.

It is shaping up to be Holm’s last regional fight and while the UFC could visit the area one day, the comfort of being able to stay home and watch a Holm fight seems to be over. Holm has spent the majority of her boxing and MMA career fighting in New Mexico and if she should jump to the next level, Holm will be fighting all over the country.

It is time to embrace Holm’s legendary career as it appears that her time as a regional MMA fighter has drawn to an end.

[…] April 4th, the Legacy FC 30 show will feature WMMA rising prospect Holly Holm in her home-state. In our article last week, we discussed how this fight could be Holm’s last as a regional fighter but after some news […]