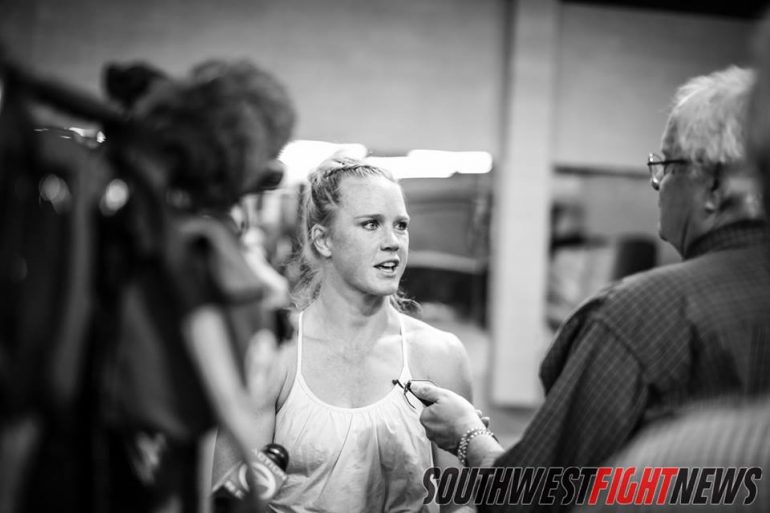 Tuesday afternoon the Jackson’s-Winkeljohn’s MMA played host to a media day which featured fighters from the gym that will partake on the April 4th Legacy Fighting Championship 30 card at the Route 66 Casino. At the center of attention as usual was undefeated bantamweight Holly Holm who will be facing Juliana Werner in next Friday’s main event.

Among the much dreaded questions asked to Holm were regarding the highly reported conversations and eventual breaking negotiations that took place March 15th weekend between her promoter Lenny Fresquez, UFC President Dana White and UFC CEO Lorenzo Fertitta for the former pound for pound women’s boxing champ to join the top mixed martials arts promotion.

Holm refused to answer most questions directed about that talks stating, “It’s a lot of talk and a lot of drama around it and if I don’t do well April 4th it’s going to make all this talk be about nothing.”

When asked if she is still interested in making it to the UFC someday, Holm answered, “Absolutely, It’s just talk right, just in negotiations and that’s it. I wasn’t even at the meeting that’s how much I want to take myself out of it right now.”