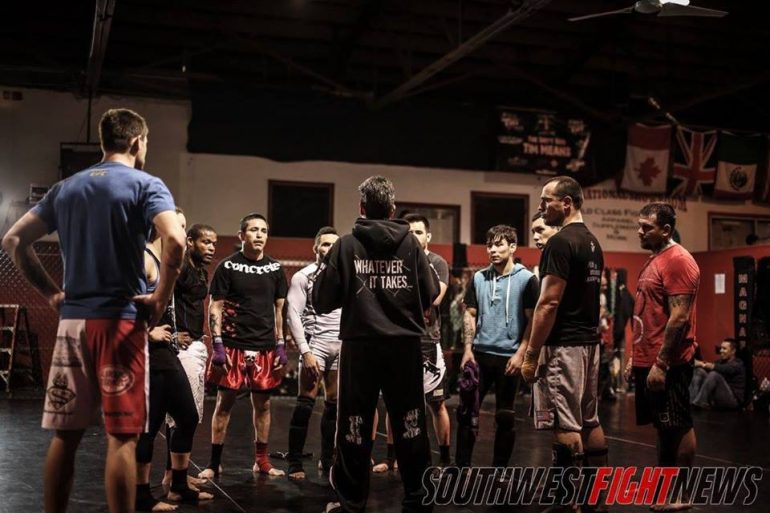 Southwest Fight News will be in attendance for a “Meet & Greet” featuring former UFC fighter and current Legacy FC Welterweight Tim “The Dirty Bird” Means at Downtown Albuquerque’s The Library Bar & Grill. Means will join some of his teammates from FIT NHB for the “Meet & Greet” event and dance on March 29th starting at  7:00 P.M.

Currently riding a two-fight win streak, “The Dirty Bird” Tim Means (20-5) is one of MMA’s most proficient finishers in the entire sport and is regarded as one of the top fighters in the 170-pound weight class unsigned by the Ultimate Fighting Championship (UFC) promotion. Means is one of the state’s premier talents and has risen up the ladder of popularity to become one of New Mexico’s most recognizable athletes.

On March 29th, a little over two-weeks away, Tim Means will join FIT NHB teammates Brenda Gonzales, Amber Brown and Ray Borg in signing pictures and other fan memorabilia for fans as well as interacting with the fight fans who come out to support the “Meet & Greet” event. The four fighters represent the elite talent currently coming out of the FIT NHB gym.

Gonzales is the current King of the Cage Flyweight Champion and currently looking to end an injury-based hiatus; Brown made waves recently for joining the ranks of WMMA’s premier promotion, Invicta FC; and Borg is considered by many to be New Mexico’s premier young talent who will be fighting in a very significant bout next month for Legacy FC against Jackson’s MMA fighter blue chip prospect Nick Urso.

The “Meet & Greet” is expected to host a raffle for some undisclosed prizes and while the signing will go on until 10:00 P.M., the event will continue from 10:00 P.M. to 2:00 A.M. as a dance at the very popular Bar & Grill.  The Library is located at 312 Central Ave SW which is in Downtown Albuquerque on the corner of Central Ave and 3rd Street. Make sure to checkout the website for more information on the Bar & Grill.

If you were looking for something to do the weekend of the 29th, look no further as we encourage the fight fans to take some time to get to know some of your local athletes and support them in their efforts. Southwest Fight News will be contributing some of the door prizes and potential raffle prizes with details to be announced as the event draws near. Make sure to like the fan pages of Tim Means, Brenda Gonzales, Amber Brown and Ray Borg on Facebook and follow them on Twitter (Tim @MeansTim, Amber @AmberBrown505, Ray @tazmex18)