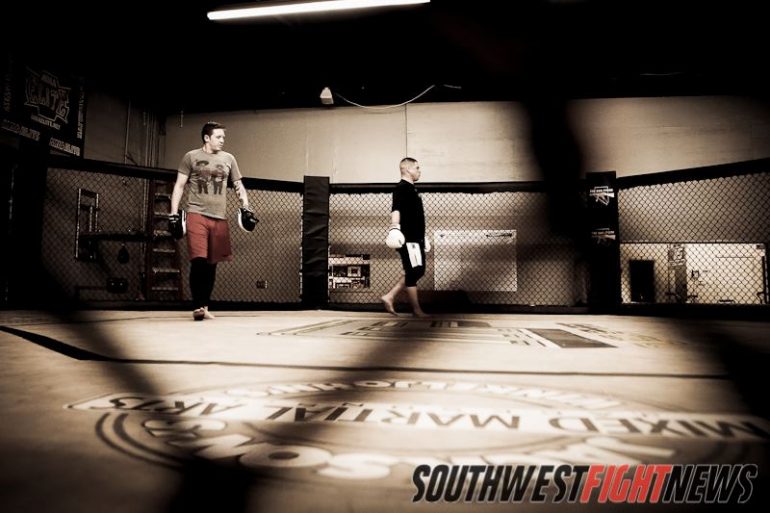 The news came as no surprise to any fight fan following the UFC announcement of the promotion’s arrival to New Mexico, Diego “The Dream” Sanchez will be featured on the UFC Fight Night 43 fight card which will be held inside the Tingley Coliseum in Albuquerque, New Mexico.

When a fight fan recalls what started the MMA movement in New Mexico, one may come to remember that Diego Sanchez may have been a large portion of the very foundation that made this area a “Mecca” for martial arts. Now several years after Sanchez entered into the sport’s premier MMA promotion, he will return home to fight in front of his home crowd once again.

According to several media sources, it was announced yesterday that Diego Sanchez (24-7) will match-up with Ross Pearson (15-6) in a Lightweight duel at the UFC Fight Night 43 event on June 7th in front of his hometown crowd of Albuquerque.

Sanchez is coming off a loss to Myles Jury just last weekend at the UFC 171 event but will look to bounce back from back-to-back losses against the British Brawler Pearson.

Pearson is coming off of a stint in the 145-pound Featherweight division and is 2-0 since he returned to Lightweight. Pearson is well-known for his toughness and willingness to stand and trade punches with any fighter he competes against.

The inclusion of Sanchez on this fight card should come as little surprise to anyone as he is still arguably the biggest local draw in New Mexico alongside Carlos Condit. Pending on Sanchez’s health after his Jury fight, it was only a matter of time before he was included on the fight line-up.

On June 7th, Diego will return for the fight time in a decade as his last bout in Albuquerque was ten years ago in 2004 when he won his tenth professional fight in a King of the Cage bout. Now one of MMA’s most recognizable figures, Sanchez will need a win in his hometown to correct his career path and return to his winning ways.

Sanchez joins John Dodson as locals who will represent the area in the UFC’s first event within our state lines. Stay tuned to Southwest Fight News for more bout announcements, event coverage and analysis. Sound off fight fans, who will be next fighter to be announced for the upcoming UFC show? Possibly Donald Cerrone, who has been campaigning for a fight on the card? Or one of the Legacy FC 30 fighters from next weekends show who may score a monumental victory?