King Of The Cage “Rumble”: The Monday Morning Perspective 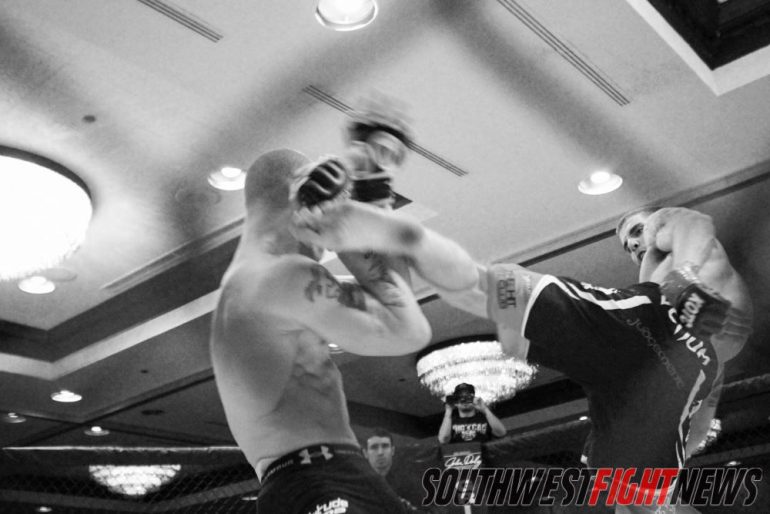 The King of the Cage promotion has arguably been the state’s foundation for MMA growth throughout the decade and beyond. There start to 2014 exemplifies that argument very well as the 17-fight event “Rumble” featured so many levels of experience from your debut amateurs to first time professionals. Saturday night in the Crowne Plaza Hotel had so many high points to touch on that we decided to start our Monday morning with a look-back at an amazing night of MMA from this past weekend. Before we get into the fight and fighter specific points of the night, we should start with addressing the fact that in the last four King of the Cage shows that SWFight has covered, the promotion has really packed their venues and the crowds have made for a memorable experience in each outing. The four events were the events in 2013 inside Albuquerque’s Sunshine Theater and in the Crowne Plaza Hotel, and the event inside the Ute Mountain Casino in Colorado. “Rumble” was sold-out Saturday night and the ballroom inside the hotel looked over capacity in that people were everywhere and it was very difficult to spot empty seats. Even standing room seemed very congested; which really speaks volumes for the promotion’s ability to book popular fighters and fighters with very big support casts. As we covered in previous posts, this show had over 10-gyms participating and each gym’s section of the crowd made so much noise for their fighters that the venue was buzzing seemingly every fight.