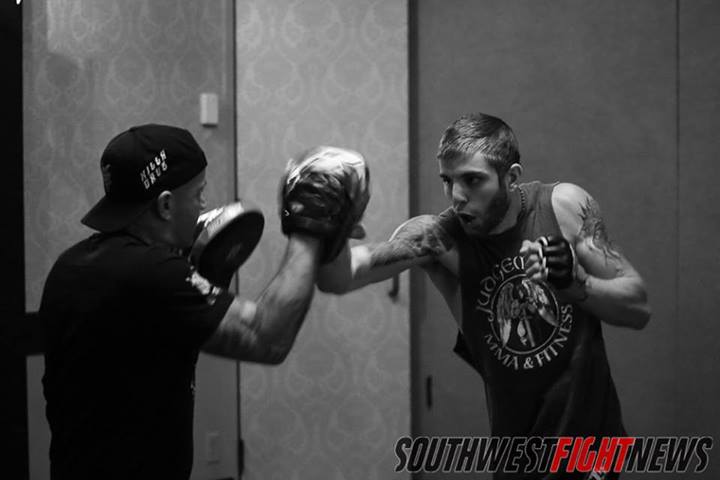 When a fighter commits himself to the sport of MMA and works towards becoming a successful martial artist, it is expected that the fighter will find himself hurdling over obstacles along the way. Whether it is the first fight nerves or the first loss, a fighter must accept these hurdles as learning lessons for the harder obstacles expected down the road. For two fighters on Saturday night, jump-starting a professional endeavors will be the next hurdle on their path of a fighting career.

On surface level, the difference between amateurs and professionals is simple in that the professionals get paid to compete. However, the step up definitely brings a different sort of pressure in that an amateur record doesn’t dictate your career in the way a professional bout does. A win means the ability to climb the pay scale and competition ladder and a loss is a setback in both of those categories. The higher the win percentage the higher the chances are of making it to the big shows where making a career of mixed martial arts becomes more realistic, 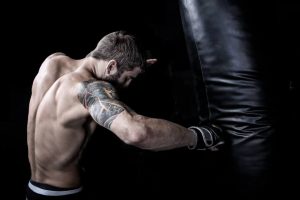 The punching power of Rozema has come up big for him in the past, is a TKO in the Rio Rancho fighters future?

That journey towards professional success for two fighters will start at step number one when Judgement MMA’s John Rozema takes on Altitude MMA’s David Payne. The two fighters were very experienced amateurs and will bring their 145-pound Featherweight talents into the cage at King of the Cage “Rumble” inside the Crowne Plaza Hotel on Saturday night, February 8th.

Altitude MMA’s David Payne (1-0 pro, 5-4 amateur) is a finisher and there is no easier way to display that fact then by stating that each of Payne’s six victories have come by way of either TKO or submission. Fighting in the Colorado region, Payne has picked up solid wins in multiple promotions. Training out of one of the premier gyms in Colorado, Payne has shown his talents in the striking department as well as in his grappling game.

Payne has finished most of his opponents with strikes and if he comes in with that talent in mind then Albuquerque will be treated to some fireworks. Judgement MMA’s John Rozema (pro debut, 4-1 amateur) is one of the area’s reputable knockout artists. In his four career amateur victories, Rozema has needed on average about 90-seconds to deliver a knockout blow. In fact, Rozema has finished two fights in under 60-seconds and has delivered his thunderous power in the form of punches and a highlight-reel one shot KO with a knee from the clinch at King of the Cage “Future Legends 18”.

The fight will definitely feature two fighters very keen on keeping the fight standing and they both have the ability to end the other’s night very early on in their bout. Fight fans will definitely want to be in their seat for this featured bout on Saturday night as it very well may include the evening’s “Knockout of the Night”.

Stay tuned to Southwest Fight New for more event coverage and analysis. We will be live on fight night covering the event; for those unable to make it, please stay current with the event on our live blog published that evening as well as our Twitter feed which will deliver live updates. You can follow us on twitter @SWFight.