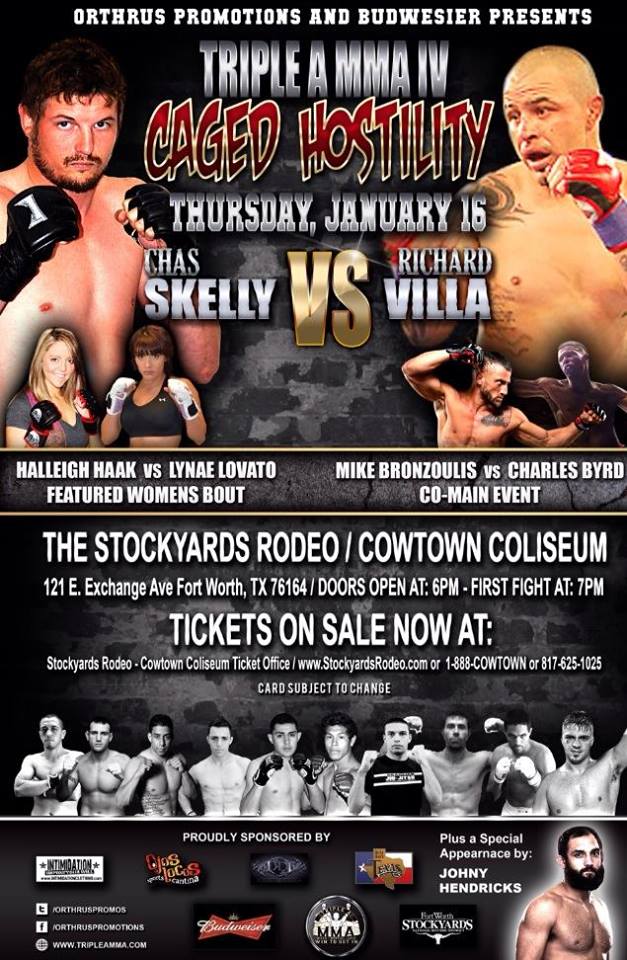 Orthrus Promotions took their “Triple-A-MMA” promotion to the Lonestar State of Texas to put on their fourth mixed martial arts show. The promotion hosted an event in Iowa last year to compliment the two events held in Albuquerque, New Mexico. While the card is filled with Texas talent, scattered in the undercard are several New Mexico trained athletes.

Two local fighters unfortunately were scratched from the fight card in the lead up to tonight’s event. This past week, Lutrell’s MMA fighter Javier Palacios pulled out of his featured bout with Matt Hunt and during the weigh-ins yesterday, Ray Yee’s Albuquerque Kickboxing & MMA Academy standout Freddie Crosby found out that his opponent would come in five-pounds heavy and the result would be the fight being scrapped.

That left us with three locals still on the card. Lutrell’s MMA standout Steve Garcia would look to capitalize on a huge win over blue chip prospect Shawn Bunch last year in a featured bout on the undercard. One of the state’s more recognizable women athletes, Lynae Lovato would return to action after a long layoff and would join teammate Stephen Cervantes on the undercard.

Here are the quick results from “Caged Hostility” and our post-event thoughts will be immediately beneath the fight results.