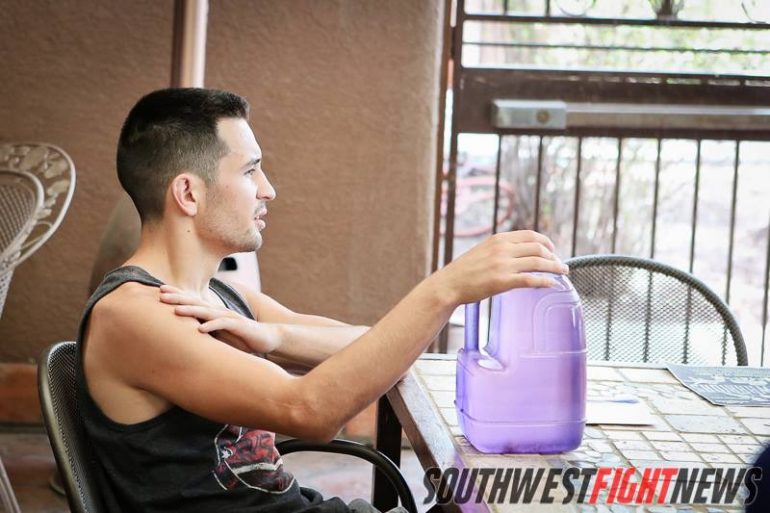 On January 17th, New Mexico MMA will get its first taste of competition as two locals will make the short trip over to El Paso, Texas to fight on the Rocktagon 30 event inside the Buchannan Event Center. The event will be one of the first in 2014 (if not the first) to host the area’s local competitors and the fights are intriguing for their own unique reasons.

FIT NHB’s Tim “Timbo Slice” Sosa is scheduled to take on Alan Lerma in what should be a battle between two fighters hungry for their first professional victory. Sosa (0-1) had a very successful amateur career that included over ten victories and an amateur world title. Las Cruces trained Lerma (0-2) has held his own in his two career pro bouts, coming up just short in both occasions.

Two fighters that head into the bout win-less as professionals make for a very intriguing match-up in that both fighters aren’t necessarily desperate for a win but definitely find themselves in a position where a loss would set them back a great deal in their MMA endeavors. The likelihood that we will see the best versions of both fighters is extremely high and when two fighters come into action motivated to that extreme, a great fight is almost sure to follow.

Lerma is stepping in on short notice to take this fight in place of Joseph Torrez who has attracted national spotlight this week in the wake of a New Year’s home invasion that concluded with one of the intruders dead and the others injured. A fellow Las Cruces trained fighters representing Gracie Barra Las Cruces, Lerma will make his second appearance under the Rocktagon banner. 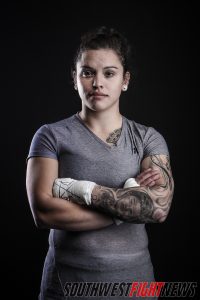 After a successful amateur campaign, Judgement MMA’s Amanda Lovato will make her professional debut at Rocktagon 30.

The other New Mexico competitor scheduled to be in action, Judgement MMA’s Amanda Lovato will make her professional debut after a successful amateur run. Lovato (3-1 amateur) will draw Jessica Armstrong (0-3) of El Paso, Texas. The two women will meet at the 115-pound Strawweight limit and similar to the Sosa/Lerma bout, will have a lot on the line when the cage door shuts.

Armstrong is seeking her first professional victory and that drive will definitely be a factor come fight time. Despite being winless, Armstrong has plenty to boast about including being in the cage with top prospect Alida Gray and the very talented Elsie Zwicker. In defeat, Armstrong gave both women all she had to offer. Training out of the Get Fit gym, she will be a tall task for Lovato’s first pro bout.

Rio Rancho’s Amanda Lovato has been one of the more active women competing in combat sports in the area mixing in boxing and kickboxing smokers before starting her amateur career. In 2013, Lovato picked up three wins inside the cage finishing Albuquerque’s Malia Yee via strikes in April and adding Amanda Estrella and Melody Nanez to her list of downed opponents in September and December.

Lovato has an aggressive style of fighting that consists of straight punches and kicks. Training under the tutelage of Head Coach Scott Marlowe, fine tuning in the striking game is an attribute that consistently comes out of the Judgement MMA gym. Lovato’s clinch game is also very effective and as she enters into the realm of the professional ranks, we should expect her skills to continue to improve.

The two bouts are part of another quality card coming out of Rocktagon MMA which has found solid success in the El Paso market. Rocktagon 30 will start on Friday night, January 17th at 6 P.M. and for those of you who will not make it to the event venue, online streaming options are available. For $29.95, you can watch the entire fight card and cheer on Lovato, Sosa and Lerma as they all compete on the fight card. Go to http://rocktagonworldwide.com/upcoming-events/ for more information.