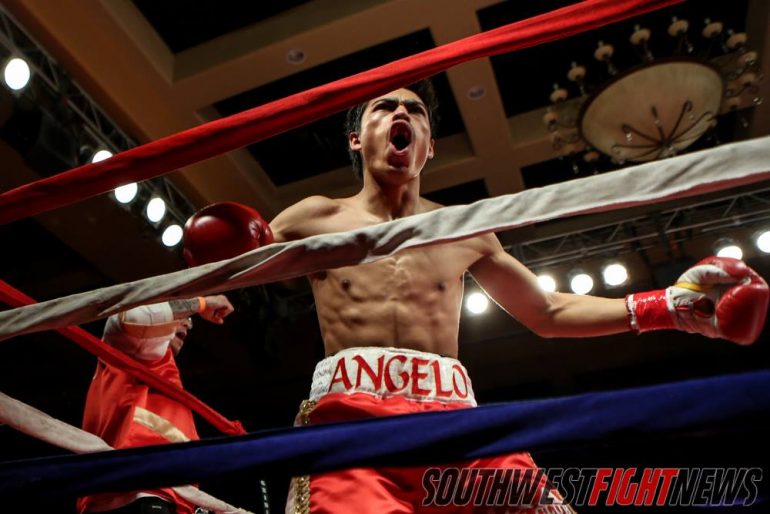 This weekend featured some boxing action from just north of Santa Fe when Holmes Promotions put on their second consecutive show inside the Buffalo Thunder Resort & Casino. It was the area’s first taste of boxing in the new year and it set the precedent for future shows impressively high for future shows in 2014. For those fight fans who aren’t aware of the staff here at Southwest Fight News, Jorge Hernandez is our resident boxing aficionado while personally, my preference has always been in the world of mixed martial arts.

On Saturday night, I sat nine rows deep into the packed house inside the Tewa Ballroom in the Buffalo Thunder Casino and enjoyed the action as a spectator in a sport that I definitely need to engulf myself more around. The show featured several exciting bouts and notable moments and trading in my seat as a media member, I thought I would share some thoughts from the perspective of a fan sitting amongst all the fans who came to support their local boxers.