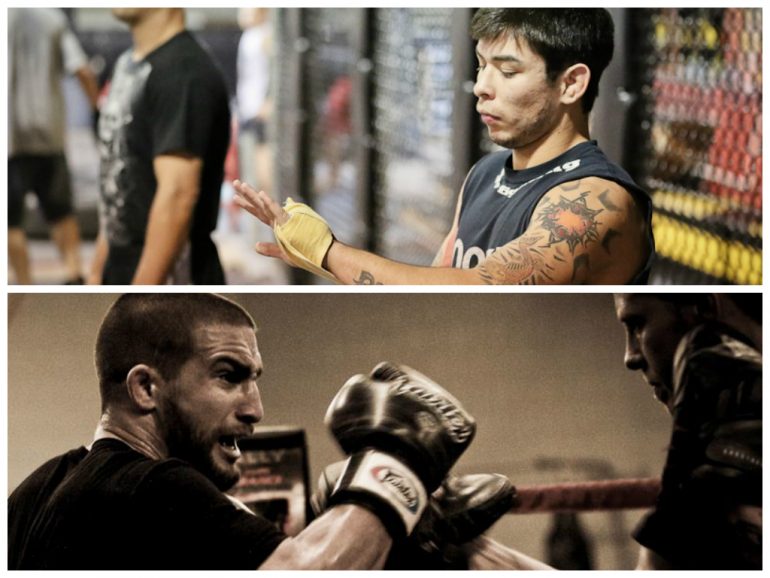 It would be the first true “super-fight” that New Mexico MMA has had in some time. It would be a fight that truly has real buzz around it without the need of fight promotion. The pairing would be mark the first time that two fighters arguably (while unofficially) the #1 and #2 guys in their divisions fight each other since Donald Sanchez and Angelo Sanchez fought at King of the Cage: Honor back in 2010. The fight would easily propel the winner to stand on a pedestal all by himself awaiting the call from the big leagues.

What we are saying is very simple; if this comes to fruition officially than New Mexico has debatably one of the biggest combat fights between local competitors in the state’s history.

Nick Urso and Ray Borg are two very dynamic fighters; they are also two of the state’s very best fighters…. is it time that they square off?

While there is not any official report, all signs are pointing to a Flyweight match-up between Nick Urso and Ray Borg happening in early April. The fight will pair the top two 125-pounders in the state and two of the best fighters regardless of weight class in this region. Not only do the fighters represent the “best of the best” of New Mexico, they represent the two most successful gyms within the state lines. Urso represents the Jackson-Winkeljohn gym while Borg trains out of the FIT NHB gym no more than a few miles down the road.

The undefeated Ray Borg (5-0) has really made a mark in the 17-months since turning professional and in addition to his impressive record, Borg represents the youth movement that has seemingly taken over the sport. While he isn’t undefeated, Nick Urso (7-1) definitely ranks as one of the few fighters who are heavily expected to be amongst the ranks of the UFC before year’s end. Urso’s technical mastery and fluid, all-around talents have made him one of the area’s MMA gems.

This match-up was discussed by Southwest Fight News on two different occasions when most thought the pairing was nothing more than a fantasy fight. In our fun, fantasy-esque article, we discussed who New Mexico’s best Flyweight fighter was and both writers ended up with Urso vs. Borg in the finals of a proposed 125-pound Grand Prix. While it was scoffed at by some, including a local sports podcast, the idea rose some intrigue as to if such a monumental fight could ever happen.

Then to start the New Year, we told the fight fans which fights we’d like to see in 2014 and it should with zero surprise that Urso vs. Borg was part of that list. While the fight was one that we all really wanted to see, it was very difficult to imagine a scenario that would make the high-profile bout possible.

From a Facebook picture on Ray Borg’s profile, a caption would read:

That may be the final stamp of approval for all the rumors swirling around about the Urso vs. Borg match-up. The other part of the rumors concern the time, venue and promotion. This may be the first time that the two top New Mexico gyms put their best fighter against the other’s best fighter in the same weight class and the lists of promotions dwindle down when you consider the politics played behind the scenes as to who should promote easily the best fight between locals in several years.

While this also has not been announced officially, the fight may end up being part of the show coming to Albuquerque in April. The show will be the debut event within state lines for Legacy FC. We aren’t sure if this is the same show that will feature Holly Holm’s next MMA bout but be rest assured that the event will be monumental for the area.

Stay tuned to Southwest Fight News for official announcements, more match-up breakdowns and event coverage. Let us remind you that this article does not possess any official announcements from any individual or promotion. We will be sure to announce official news as “official” and will report this information exactly how it is presented, merely as a rumor at this point.

[…] prospect Ray Borg (5-0) and Jackson-Winkeljohn top prospect Nick Urso (7-1). Southwest Fight News broke the reported match-up a couple of weeks ago and the pairing was atop the fights” we wanted to see in 2014. This […]