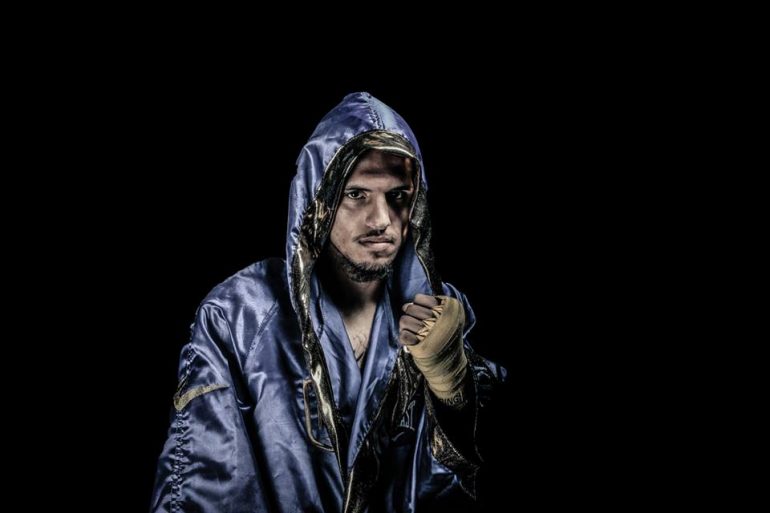 Is there even a question about this one? Out of all our awards this may have been our easiest to handout.

After going .500 in 2012, New Mexico’s Fidel Maldonado came back in 2013 with a vengeance, blowing right through his three opponents.

In February, he took a fight against Jorge Romero, a fight which according to the Maldonado’s their manager Cameron Dunkin advised him not to take. Romero was a knockout artist who had an 88 percent KO win rate, and the Mexican would have the luxury of fighting in his home country.

A Maldonado straight left would drop Romero in the third. After attempting to stand and then losing his balance, referee Florentino Lopez would wave off the fight ending Romero’s seven fight win streak.

Maldonado’s next opponent Abraham Alvarez Osuna met his fate a lot sooner, the first round of the men’s June contest in Mexico.

The highlight of Maldonado’s year would come in a November nationally televised main event fight on Fox Sports 1 against Luis Ramos Jr. who was 23 and 1 coming into the contest. Maldonado would cut Ramos in the first establishing a good rhythm early on.

He would lose some of his rhythm in the third and fourth rounds but would show a large amount of maturity as the contest went on, dropping Ramos twice in the 6th and ending the fight early in the seventh.

The victory has earned Maldonado another nationally televised main event spot on another Fox Sports 1 card this  February.

King Of The Cage “Rumble” Set For February 8th In Albuquerque