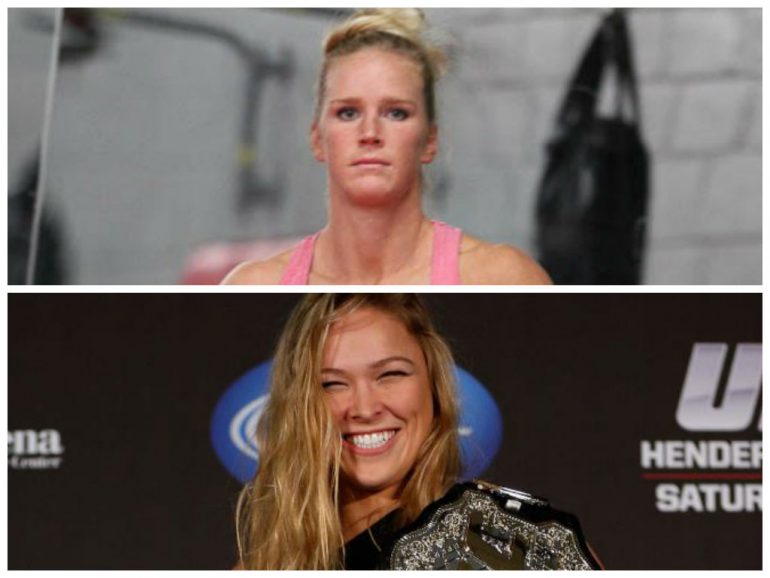 Ronda Rousey vs. Holly Holm? Rousey Would like the Fight Holm Before She Retires

Earlier today a video taken by Layzie The Savage surfaced on FightHub TV features UFC Women’s Bantamweight Champion, Ronda Rousey (7-0) conducting an over the phone interview with a Canadian media outlet. In the video is asked if she would ever be interested in fighting Holly Holm (6-0).

The interviewer then followed up with, “What about Holly Holm? Is that someone you’d be interested in fighting one day? I know she’s not in the UFC right now but people are talking a lot (unintelligle) one day.”

Holm, currently has a non-exclusive contract with Legacy FC and is coming off a December 6th unanimous decision victory over Angela Hayes.

Recently, it was mentioned by Holm’s promoter Lenny Fresquez and her trainer Mike Winkeljohn that they would also like to see Holm fight in the UFC but it would have to be for a six-figure contract. This is an amount never before seen in Women’s MMA.