PauI Malignaggi vs. Zab Judah Weigh in Results and Video 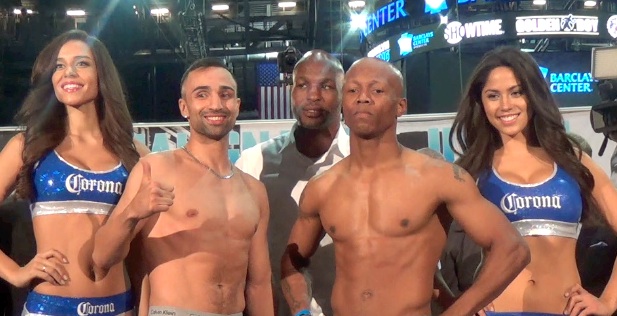 This afternoon at the Barclays Center in Brooklyn, New York, the weigh-in to the loaded Paul Malignaggi vs. Zab Judah, Golden Boy Promotions card saw tons of tension. Ironically, the two Brooklynites in the main event had the most tranquil stare-down. Tension ran in the other three contests on the card, none more than in the opening televised bout of the evening featuring WBC Super Middleweight champion Sakio Bika and undefeated challenger Anthony Dirrell.

Below you will find highlights from the weigh-in. The fights take place Saturday December 7th at the venue. First bell rings at 5pmET.

King of the Cage “Driven” – Results From Ute Mountain Casino