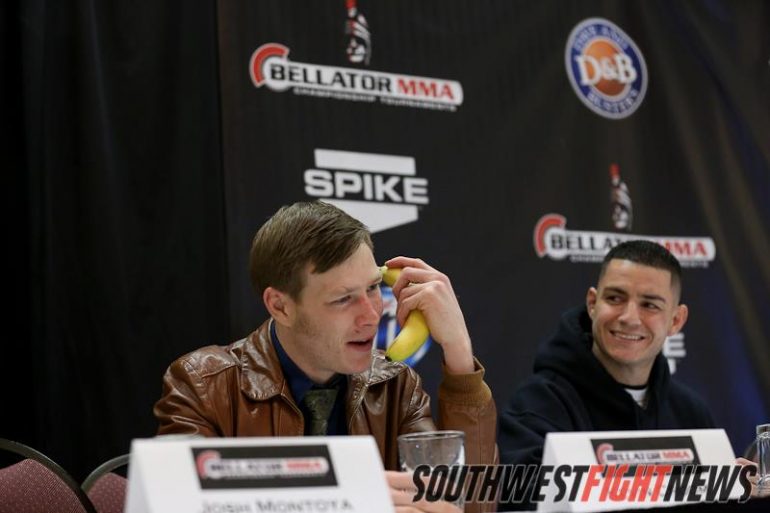 Croom captured a promotional title today in Russia, winning his seventh fight in 2013.0

We can all talk about how busy work can get and how chaotic of a schedule that is needed to stay afloat. Well for one Albuquerque trained fighter, the workload this year has been busy on an almost unprecedented level. Kevin Croom (13-4) has now fought seven times in 2013 (all seven victories) and capped off this amazing year with a promotional title victory out in Kazakhstan, Russia. “The Hard-Hitting Hillbilly” has now won eight in a row (nine according to Croom which is being verified, and six of which have been finished before the second round. 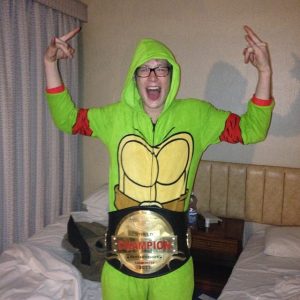 Animated as always, Kevin Croom celebrates his title victory with one of the most comedic post-fight pictures of the year. Source: Kevin Croom / Facebook

Croom traveled across the globe with Coach Chris Luttrell and overcame plenty of pre-fight adversity prior the fight that was concluded this morning. Due to the time different from our time-zone and Russia’s, Croom’s fight was contested early this morning our-time which was actually late-Thursday night in Russia. Not only did Croom have to battle the time change but he was also confused about the timing of the fight and weigh-ins.

While it was impressive that he was able to make this weight, what added to the pre-fight drama was that Croom would go on to find out he’d be fighting for the Alash Pride FC promotional title. Croom went in to the foreign country and came out with the TKO victory which cements his year as arguably one of the best years a professional fighter can possibly have.

Having four fights in a calendar year is considered impressive and Croom doubled that total; talk about having a busy schedule. Not only did Croom compete competitively seven times since January, he has remained in the gym training all year-round seemingly without any breaks or time-off.

Croom’s last loss was in October of 2012, which doesn’t seem too far back in time but with eight wins rattled off since then it becomes an afterthought that this talented fighter has even tasted defeat at all in the past. It is hard to argue a case against Croom getting his ticket punched to the UFC in 2014 and with eight wins (2 TKOs, 4 submissions, 2 decisions) in six different promotions, Croom’s popularity is spreading world-wide and it will come with zero surprise when he is called to take a fight for the sport’s top promotion.