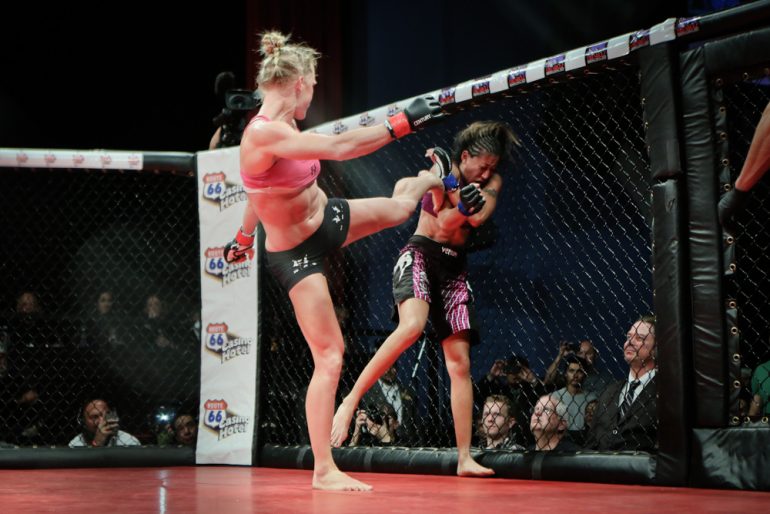 Friday night’s “Havoc” fight card came with heavy anticipation as many believed it could have been Holly Holm’s last fight in front of a local crowd before her assumed move to the UFC ranks. While that isn’t the case, a Holm fight card typically brings immense buzz to the area and the New Mexico combat sport star is easily the state’s biggest draw in terms of popularity and ticket sales.

The fight didn’t deliver the emphatic knockout many believed they’d witness on Friday night but the fight did have several exciting moments. Praise should be sent towards Angela Hayes as she absorbed some of the best stuff Holm had to offer and kept standing. The rest of the card delivered as well and overall, the Fresquez Productions fight event was a success inside the Route 66 Casino & Hotel.

Here are some of the key points from Friday night: