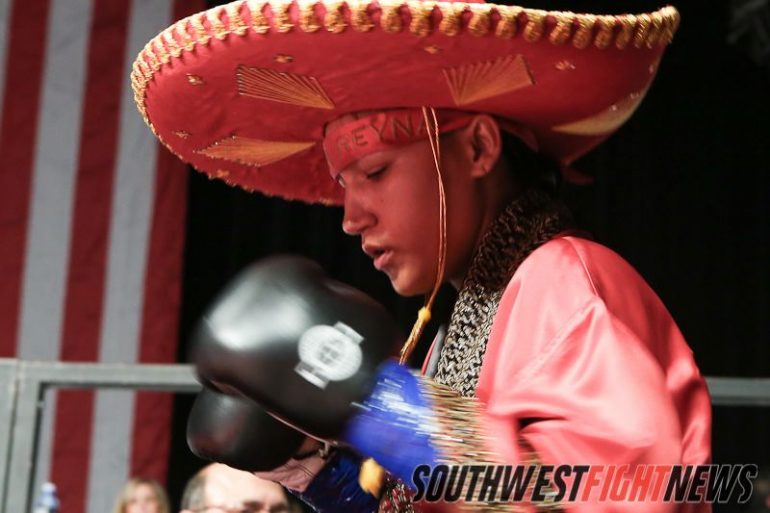 Last night at the Auditorio Morelos in Aguascalientes, Mexico, Albuquerque’s Victoria Cisneros won the vacant WBC Silver Welterweight title against previously undefeated Paty Ramirez. It was at the end of the third that Ramirez (8-1, 3KOs) did not answer the bell, staying seated in her stool to start the fourth.

With 26 career fights Cisneros was the most experienced fighter Ramirez had ever faced. Both Cisneros and her previous opponent Yolanda Segura (14-6) were actually the only two fighter on Ramirez’ record sheet that had ever even won a bout.

With the victory Friday night Cisneros improves to 6-1 in her last seven fights and ties a career high with her current three fight win streak.