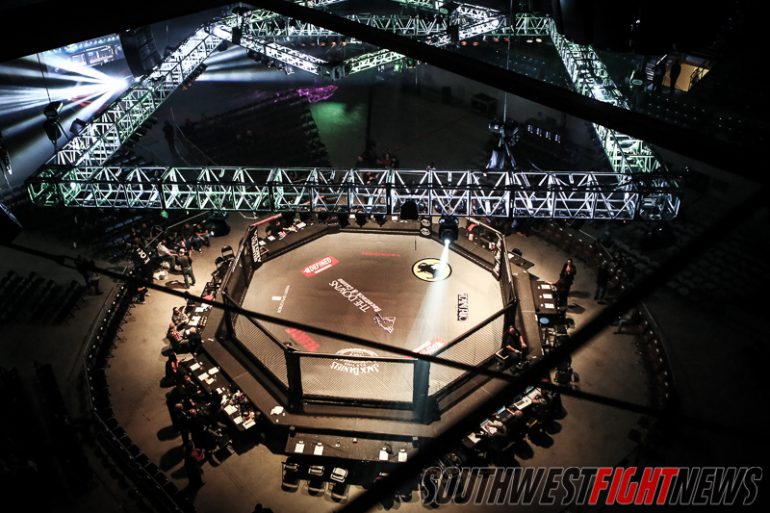 The Jackson's MMA Series was once a premier promotion for fighters to announce their presence in the local fight scene but recently the promotion has failed to attract significant audiences to the once popular show.

It is well-known that New Mexico is one of the hot spots for combat sports. While the culture in-state was originally centered on boxing, many now consider Albuquerque and surrounding areas to be the “Mecca” of mixed martial arts. With the Jackson-Winklejohn gym emerging as one of the premier and most recognizable gyms in the sport, Albuquerque received a lot of attention and fame. Gyms like FIT NHB only further solidified the state’s successful pedigree of combat sports and eventually New Mexico blossomed to an area that not only hosted the best fighters but now had several top-notch gyms and several well-know fight promotions.

While MMA has been around since the early 1990’s, the boom that caused the popularity in North America occurred in the early 2000’s and not too long after New Mexico was starting the movement to become the “Mecca” it is today. From promotions like Fight World to fighters like Diego Sanchez and Joey Villasenor, New Mexico has so many historical gems and information tidbits about our area’s combat culture that many people are not aware of.

We here at SWFight.com would like to change that today with our first edition of “New Mexico MMA Throwback” where we bring you interesting factoids, minimally known information and overall fun throwback moments from New Mexico’s fighters, promotions and gyms.

Well-seasoned, Santa Fe’s Josh Montoya has been on several notable fight cards around the country.

“Smokin” Joe has been a veteran of the Jackson-Winkeljohn team for several years and a part of the old-school King of the Cage events.

Stay tuned to SWFight.com for the next edition of New Mexico MMA Throwback to find out some more interesting and little known facts about the state’s MMA culture!