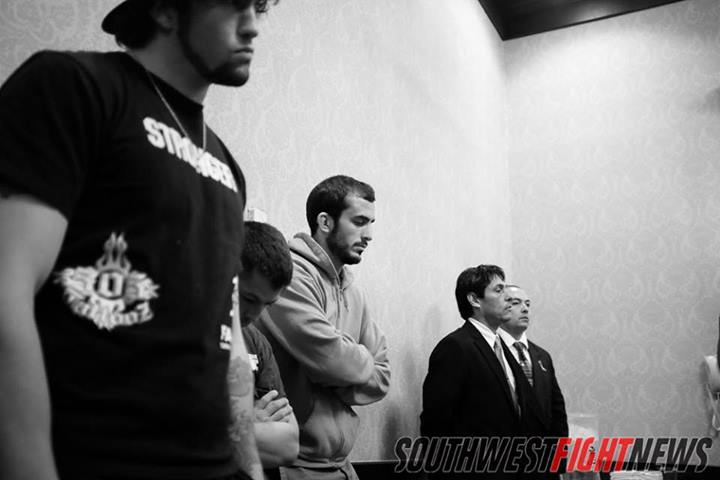 Injuries have kept him inactive for most of 2013 but Quinn Mulhern (18-3) will finally get his chance at competing within a new weight class. The Ultimate Fighting Championship (UFC) is making its way to Singapore for the very first time on January 4th and the year’s very first UFC event will pit Mulhern in the classic grappler versus striker match up.

Opposing Mulhern in the New Year match-up is Katsunori Kikuno (21-5-2) who will be making his UFC debut after a successful run in the DEEP promotion. After nursing a hand injury that kept him out of a bout with Ryan Couture, Mulhern has to switch directions from fighting a wrestler to now a dangerous kick oriented striker who has twelve knockouts on his resume. Well known for his patented crescent kick, Kikuno has been in wars under the DREAM banner against top ranked opponents Gesias Calvacante and Eddie Alvarez. Currently on a five-fight win streak, Kikuno has finished four of those opponents in the very first round. In two of those bouts, Kikuno knocked one opponent out in eight seconds and the other in twenty-nine seconds.

Mulhern is a former King of the Cage Champion and very successful Strikeforce Welterweight fighter. During his Strikeforce tenure, Mulhern out-grappled the accomplished Black Belt Yuri Villefort and picked up an arm-triangle win over Danny Davis Jr. late in the third and final round. Mulhern’s lanky body makes for a dangerous grappler and now being one of the tallest Lightweight’s in the world he will also hold sizeable advantages on the feet over most if not all his fellow 155-pounders. Mulhern is a gifted Jiu Jitsu specialist and his eleven wins via submission show that profoundly.

The match-up is the classic grappler versus striker bout and will be a stiff test for Mulhern’s first Lightweight bout. Mulhern is currently 0-1 during his UFC run and picking up a win in a new division should open up opportunities on a clean slate for the Albuquerque trained fighter. Stay tuned to SWFight.com for event updates, bout breakdowns and analysis. We wish a successful training camp for Mulhern and encourage the fight fans to send their support out his way!