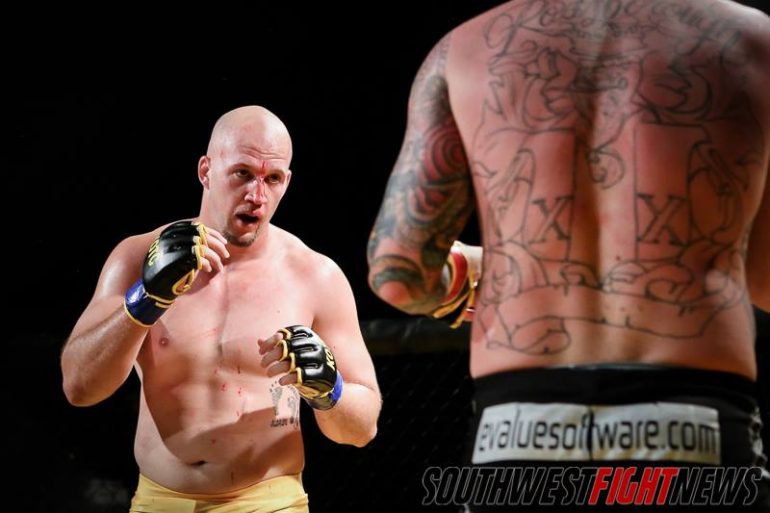 This will be the first time that East, is in action since grinding out a unanimous decision victory over veteran Nick Rossborrough (22-17), this past June to claim the vacant KOTC Heavyweight title.

While the “Quiet Riot” Jones, is looking to get out of a three fight funk, “The Freight Train” East, looks to run his career high MMA win streak to five straight.

There are not many fighters out of New Mexico that have had the year that East, has had. Besides going 2-0 in the cage, he also sports the same record in the boxing ring. One of his wins includes a final round technical knockout victory over former two-time Texas State Golden Gloves Champion, Angelo Guiterrez.

Both boxing victories for East, took place on the road. For only the second time in his MMA career he will have the comfort of fighting near home, when he takes on Esteves.