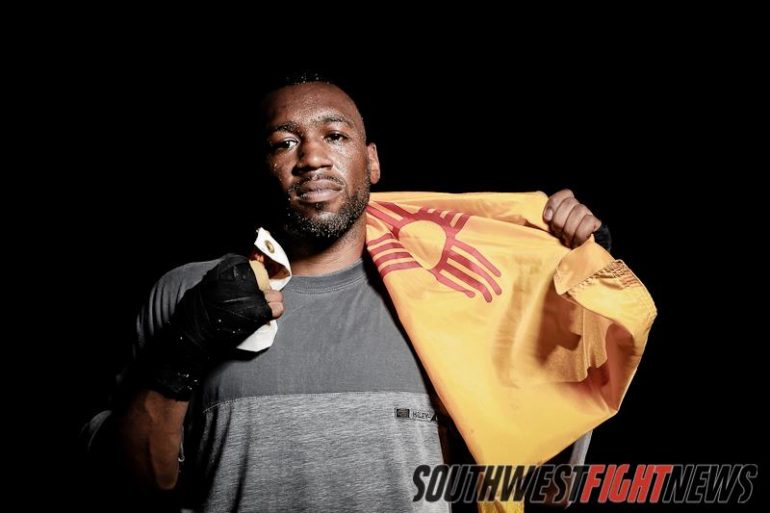 The fight will be the co-main event, playing lead in to what should be an entertaining match up between former world champions Paul Malignaggi and Zab Judah in a card that is sure to draw a large crowd based off the fact that both main event fighters are Brooklyn natives.

“I’m exicted!” said Trout in an interview with SWFight.com this evening. “It’s a big fight and it’s a chance for me to get my title back.”

“We match-up well we both have good skills,” says the Las Cruces, New Mexico resident. “I think the fight can be anything. We can be both be technical or we can put our heads down and go at it.”

Trout has not seen action since his April unanimous decision loss to Saul “Canelo” Alvarez. That is mostly impart due to a split from now former promoter Greg Cohen.

A contract dispute led Trout to filing a lawsuit in Houston, Texas against Cohen and his promotion. The case was escalated from a district court to a federal state court where the two parties reached a settlement with a conditional dismissal at the end of last month. This opened the door for Trout to finally pursue the fight against Lara.

In Rafael’s article he writes that Golden Boy Promotions CEO Richard Schaefer stated that the organization is now Trout’s promoter. Trout clarified his relationship with Golden Boy by saying, “I am not signed to Golden Boy but obviously they’ll help promote this fight.”

Golden Boy who is Lara’s promoter, has helped co-promote the last three fight cards Trout has been on.

Earlier this year Trout and Lara engaged in heated exchanges over Twitter. Between the two only Trout has announced the fight on Twitter.

A member of Team Trout confirmed with SWFight.com that the December 7th bout will be a title fight in an attempt to reclaim the WBA Interim title, a championship Trout won in 2011 and successfully defended four times. Boxing’s pound for pound king Floyd Mayweather Jr. is currently the Super Champion of that title.

The Team Trout source also confirmed that the there has not been a contract signed for the fight but is “pretty much a done deal.”

A press release was also issued this evening by Trout’s PR team announcing the fight. That can be read at http://www.austintrout.com/austin-trout-vs-erislandy-lara-december-7-2013/.