The Next Day Perspective: Bellator 105 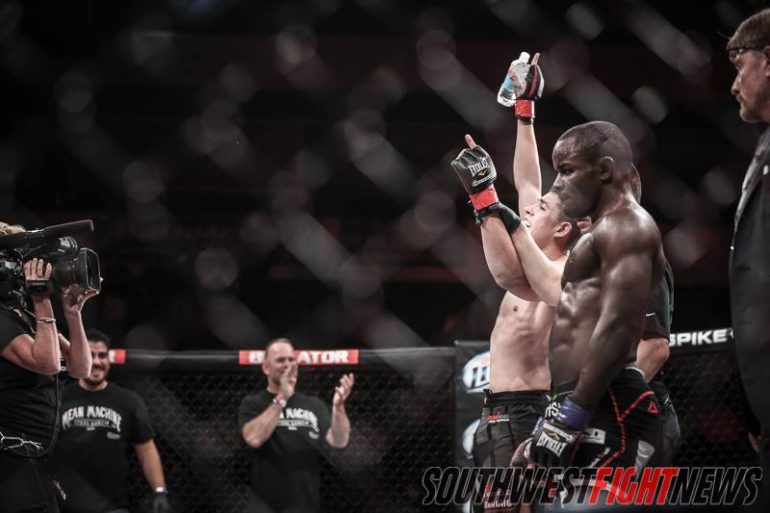 Bellator MMA has concluded its third event in New Mexico for 2013 and it was an up and down evening of knockouts, submissions and decisions. It has been the case for the three events to have some solid action and very notable discussion points when all the bouts have finished and the dust has cleared. While the card lacked the star power of the fights in February and July, the card was picked up by the excitement of the talented athletes who did take part in the fight card.

Without any more hesitation let’s get into the key points from Bellator 105.

That wraps up another Bellator MMA event. We appreciate the support we received from our fight fans and we encourage you to stay tuned for more local MMA coverage.