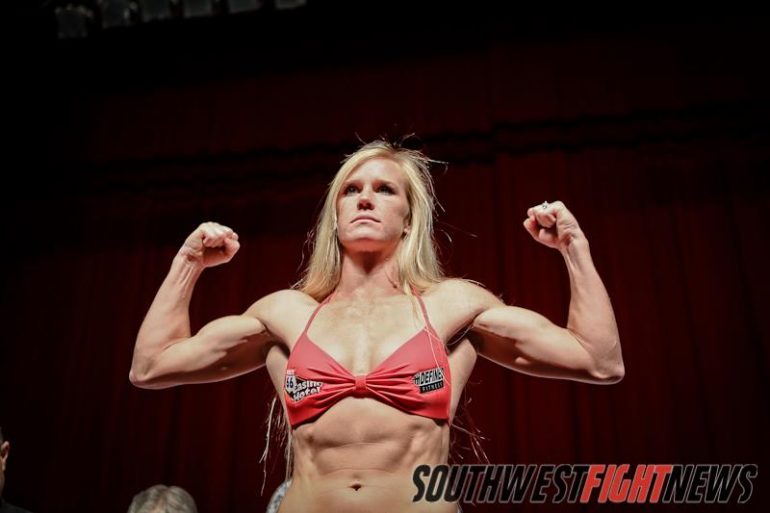 At a press conference held by Fresquez Productions today at the Route 66 Casino just outside of Albuquerque, New Mexico, it was announced that Holly Holm would face Angela Hayes December 6th at the same venue. 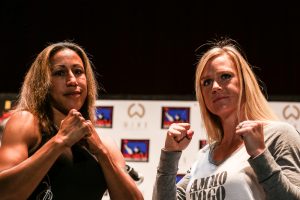 Holm, is coming off of a dominant second round TKO victory over Nikki Knudsen at Legacy Fighting Championships 24. The 40-year-old Hayes is 6-1 in her last seven contests but has not stepped into the cage since November 2011.

This event, dubbed “Havoc”, will take place outside of the Legacy Fighting Championship contract Holm currently has with the promotion. Holm has two fights remaining in her four-fight contract with LFC.

Also set to appear on the card are Holm’s Jackson-Winkeljohn Gym teammates, prospect Nick Urso, Mexican prospect Gabriel Benitez who will be making a move down to featherweight, and Clint Roberts who battled a hand injury and is set to participate in his first fight since May 2012. There will also be three amateur bouts set to kick off the evening’s festivities.

Stay tune for SWFight.com for more details and coverage.