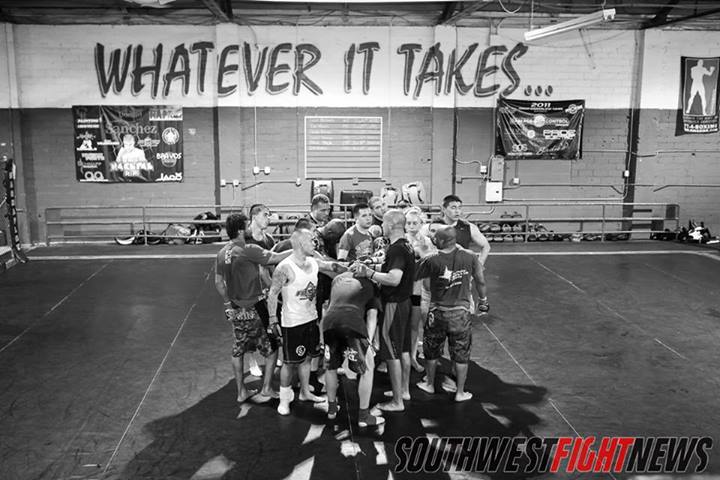 Sometimes a fighter comes to a cross roads where he can walk down one of two paths; one path leads the fighter down an easy road where the opponent might not be overly formidable but it almost certainly leads to a victory. The other option is often much less desirable as it leads to a very difficult road to pass where the opponent presents a possible insurmountable challenge and the likelihood of winning can come down to a coin flip. It definitely comes down to the individual’s mentality on competition when deciding the path to take. The priority of competing comes into the foreground as someone who just cares about wins will pick the easy road and a fighter who is in this game to compete walks down the second. The decision making becomes harder when you throw financials, accolades and opportunities into the mix and becomes even more emotionally driven when the fighter is backed up against the wall, which can happen for a number of reasons most often when a fighter is coming off of a loss. That decision was made by one New Mexico fighter and he will walk down the path he chose this Friday night at Bellator 105.

FIT NHB’s Frank Baca (16-3) is days away from making the walk for the second time down to the Bellator MMA cage and just like the first time he will be walking towards a very tough opponent. After five years and nineteen professional fights, Baca has already fought some of the best talents in his 135-pound weight class which makes the difficult task ahead a familiar scenario for the Albuquerque trained fighter. Early in Baca’s career, he flew overseas to take on Mamoru Yamaguchi who at the time was regarded as being one of the top-ten fighters in the entire world. Baca wouldn’t stray from that fight passion as he went on to capture the King of the Cage title fighting notables Russell Doane, Marvin Garcia and Lewis McKenzie along the way.

Baca will lose the smile on Friday night and be all business when he takes on the tough Luis Alberto Nogueira.

Baca would step up again this past July where he fought Anthony Leone in a featured fight on the Bellator 97 fight card. Instead of going the route that many locals have gone this year, Baca had the opportunity to jump the undercard and immediately be placed in a Bellator tournament fight where he’d have the chance to fight for a six-figure contract and a shot at the promotion’s title. In that fight, Baca buckled Leone in the first round and nearly forced the referee stoppage. Leone would survive and would eventually submit Baca early in the third and final round. With a loss riding tightly on his heels, Baca was facing the decision of which direction he’d pick going forward in his MMA career. Showcasing that valiant competitive spirit yet again, Baca decided he’d sign up to fight a former Bellator tournament fighter who had faced Bellator Champion Eduardo Dantas and top contenders Marco Galvao, Ed West and Alex Villa.

Luis Alberto “Betao” Nogueira (15-3-1) is a six-time Bellator veteran and six-time Shooto veteran who has been in action against some of the most talented fighters in the entire world. Nogueira matches the nineteen professional fights like Baca and has made a career out of putting guys on their backs where his smothering top game wears fighters out. Nogueira may best be known for sending Olympian Alex Villa out of Bellator with his walking papers after thoroughly dominating the heavy-handed grappling master to a three-round unanimous decision victory.

The counter to a strong top-game grappler is solid defensive wrestling and effective striking; tools that Frank Baca possesses. While Nogueira has seven decision and three submission victories to his name, he often beats opponents by outlasting them and placing them in positions where they tire out and break. That will be a tough task to do on Baca as he has shown resilience and big time heart in big moments throughout his career. Baca has very technical wrestling skills and firecrackers within his solid, crisp combinations. Under the tutelage of coaches Jon Judy, Arlene and Tom Vaugn; Baca is well-coached in all areas of martial arts from Thai Boxing to very impressive wrestling.

The fight should be a very interesting one as Baca just lost via submission and that is exactly the game Nogueira loves to play. It should be certain that Baca will come into the fight with improved takedown defense and defensive grappling tactics and advantageously he will still have his fight changing striking skills. The fight may come down to which fighter is able to get comfortable first as in if Baca gets in a rhythm in the striking range or Nogueira dragging Baca beneath him to begin working his Jiu Jitsu. I expect the straight right from Baca to be unlocked in the holster as well as Nogueira’s dive into a clinch to work the trips along the cage. The fighter who imposes his will automatically pushes his opponent into an uncomfortable area and the fighter who is most able to adapt and overcome that discomfort may also end up becoming the fighter who has his hand raised at the end of the fight.

Stay tuned fight fans for more event coverage, bout breakdowns and analysis. Join us in sending all the support possible to Frank Baca and his FIT NHB team for their bout October 25th, this Friday night inside the Santa Ana Star Center. For more event updates and news, including the night’s play-by-play follow me on Twitter @KingStark24 and the Southwest Fight News Twitter handle @SWFight.

Bellator 105 Weight In Results – Saad Awad vs. Will Brooks