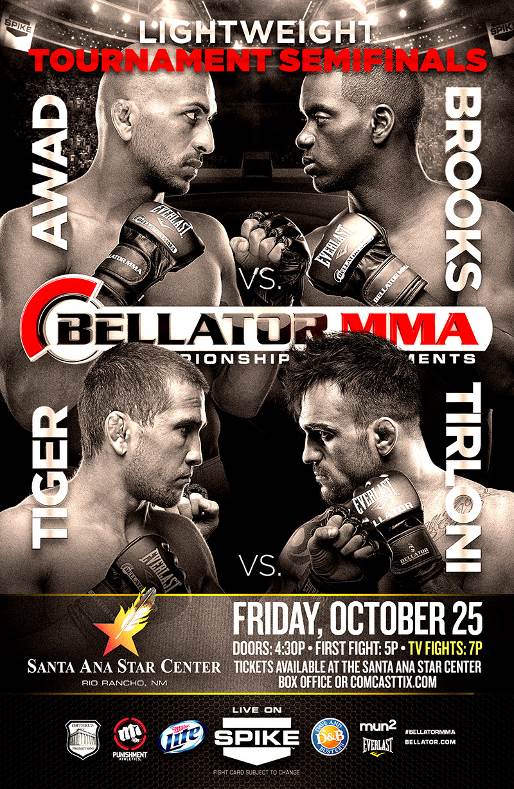 Saad Awad takes on Will Brooks in Rematch

Earlier today a press conference was held at by local promotion Orthrus Promotions at Buca Di Beppo in Albuquerque, New Mexico to formally announce the October 26th Bellator 105 fight card to take place at the Santa Ana Star Center in Rio Rancho, New Mexico. The main event will feature a rematch between Saad Awad and Will Brooks in the Bellator Lightweight Semifinals.

Tickets for the event are on sale now and can be purchased at Bellator.com or by visiting The Santa Ana Star Center box office or the venue’s website. Bellator 105 will broadcast LIVE starting at 7 p.m. MST on Spike TV and the preliminary card will be streamed LIVE and FREE on Spike.com starting at 5 p.m. MST. Doors to the event open at 4:30 p.m., a little later than the first events Bellator has hosted in New Mexico.