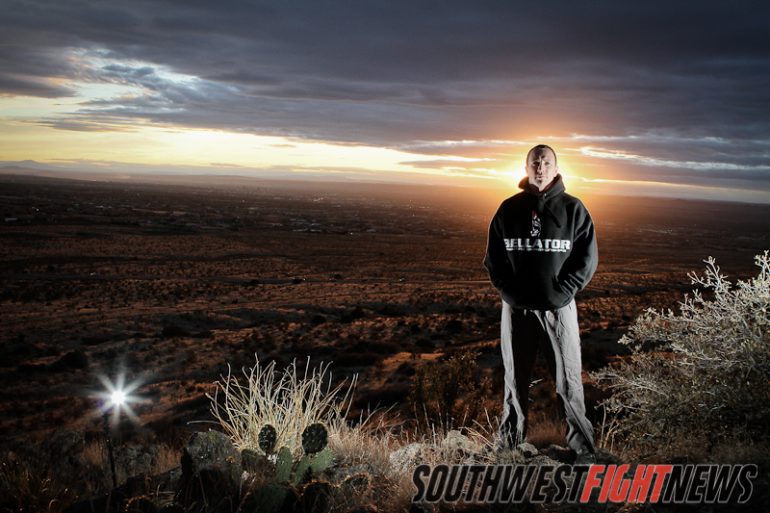 If we are talking about flying under the radar; how about Bellator MMA’s Travis Marx punching, kicking and kneeing his way into the finals of the Bantamweight tournament scheduled to conclude on October 25th in Rio Rancho? It was almost as if Marx, a former coach at Jackson’s MMA and veteran of the Jackson’s MMA Series quietly secured his second consecutive win last week making him victorious in six of his last seven. The technical knockout of Brandon Bender at Bellator 100 sent Marx into the Season Nine Bantamweight Tournament Finals where he will face off with his most notable opponent to date.

Marx (21-4) will battle former Olympic standout Joe Warren (9-3) who is on his own two fight win streak under the Bellator MMA banner. Warren was a coach on Bellator MMA’s reality TV show and one of the more recognizable personalities in MMA today. 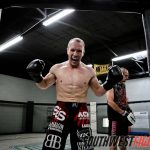 Travis Marx working a mitt session with coach Winklejohn during his time training in Albuquerque.

Marx was based out of Albuquerque, New Mexico for some time training out of the Jackson-Winklejohn camp and would take the skillset learned from coached Greg Jackson and Mike Winklejohn (amongst others) with him to defeat Masakatsu Ueda in what many fight fans and media members alike considered a big time upset. Marx would than go on to face former Bellator champion Marco Galvao and while Marx lost the Judge’s Decision, he showed the fighting world that he belonged amongst the top talents at 135-pounds.

This upcoming bout at Bellator 105 will take place at the old stomping grounds for Marx as he returns to the area after a departure led him to Utah. A win on October 25th inside the Santa Ana Star Center would award Marx a six figure contract and a title fight opportunity against Bellator Champion Eduardo Dantas.

Stay tuned to SWFight.com for more event coverage and bout breakdowns. Join us in our anticipation of a great fight card that will include such notables as Marx, Frank Baca, Donald Sanchez, Adrian Cruz and Josh Lanier.