Angelo Sanchez Makes Sacrifices for Shot at Success at Bellator 105 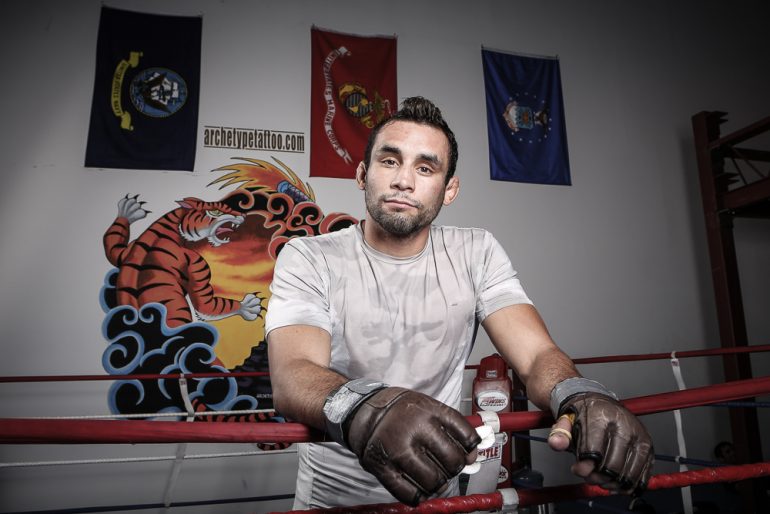 For most local fighters training can feel like a full time job. For Angelo Sanchez it has become just that.

On Mondays, Sanchez makes the hour-plus drive from his hometown of Pojoaque to Albuquerque, where during the week he trains at three different gyms Albuquerque Kickboxing, Lovato’s Total Fitness, and Gracie Barra New Mexico.

The change to move camp full time to Albuquerque came shortly a month after a unanimous decision loss to FIT NHB’s Ray Borg (4-0), at a Triple-A-MMA event in August. A former King of the Cage Bantamweight Champion Sanchez (12-4), came into the fight more than 10 years the elder and much more experienced than Borg but had not seen competitive action in over 19 months.

The biggest surprise in the bout was that despite the accolades, Sanchez was unable to win a single round in the eyes of the judges.

Something had to change.

The move, came in the form of the tough decision of leaving his wife, 7-year-old daughter and 3-year-old son, and his Warrior Training Center to train in Albuquerque during the week.

“It’s been hard. I definitely miss them,” Sanchez says about his family. “I try not to think of them during the week but once I get into it, [my mind] goes black and the only thing I think about is getting ready.”

“Not a lot of people in this game can do that,” says Ray Yee, Sanchez’ primary trainer. “He’s very blessed that he has us [trainers] here in New Mexico, not too far from his family.”

In Albuquerque, Sanchez trains at three different gyms. Each allows him to focus on a different art.

At Albuquerque Kickboxing and Mixed Martial Arts he receives over 30 years of standup experience from Yee, at Lovato’s 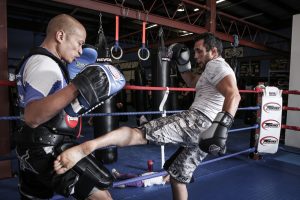 Total Fitness he gets another 30-plus years of wrestling experience from coach Lenny Lovato, and at Gracie Barra he is taught by one of the best heavyweight Brazilian Jiu Jitu practitioners in the world, Roberto “Tussa” Alencar.

“I think it’s exactly what he needed being that he’s stepping up in game and that he’s facing tougher opponents,” says Yee. “You’re not going to be fighting lower level guys any more. Everybody is always getting better. It’s important that we get him in the right training camps.”

“I basically told everybody, ‘consider me a new student that walked into this gym and doesn’t know anything,’” Sanchez says his message was to his new coaches and teammates. “That’s pretty much how I’ve been approaching my training. Learning everything all over again and adapting it to my game.”

Those old and reacquired talents have earned him a spot this Friday night, with Bellator Mixed Martial Arts, an opportunity with the country’s second biggest promotion which has been alluding him for the past year.

When the promotion first made its debut in New Mexico this past February, Sanchez was slated to be on the card but an injury prevented that appearance.

Friday night, Sanchez will take on New York’s Des Green, who with a record of nine wins and two losses, and coming off a Bellator debut loss last month, is sure to be a stern test for the New Mexico veteran.

“A win on the card puts me in the spotlight,” says Sanchez.

Weigh-ins are open to the public and take place Thursdays at 4pm inside The Stage at the Santa Ana Star Casino just outside of Bernalillo.

Bellator 105 And Five Reasons Why It Should Matter To You